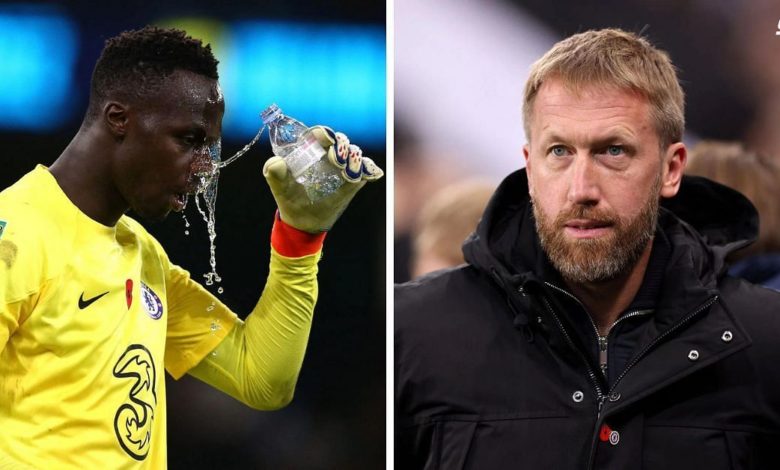 According to reports, Edouard Mendy declined the opportunity to sign a six-year contract with Chelsea because he was not satisfied with the compensation offered.

The Senegal international’s contract at Stamford Bridge still has two and a half years to run, but the club has been in talks with his representatives about a new one. The Sun said that Mendy turned down a six-year contract from Chelsea

because he thought the compensation was “disrespectful.” The 30-year-old reportedly makes about £100,000 a week, but he wants a contract worth about £200,000, which would put him on par with Kepa Arrizabalaga.

“Edouard is back at Chelsea and he is ready to play. But there is a feeling that the contract situation is just going nowhere,”

the newspaper quotes a source as saying.

“Edouard has won some huge trophies for Chelsea, but there is a sense that he is not being shown enough respect by the club over a new deal.”

If he attempts to leave Stamford Bridge next year, AC Milan, Nice, and Monaco are reportedly keeping a close eye on the situation. While playing at Chelsea, Mendy won the Champions League, UEFA Super Cup, and Club World Cup

He has so far made 104 appearances for the team in all competitions.

Edouard Mendy is about to leave Chelsea

The Senegal international has played nine times this season and was the club’s uncontested top player in the 2020–21 and 2021–22 seasons.

Once Kepa is back in the starting lineup and healthy, Mendy might have to settle for a smaller role at the team in the second half of the season.

In October, Mendy lost the starting job to Kepa, but after the latter sustained an injury, Mendy was able to participate in the team’s final three Premier League games.

The Blues have only earned two points in their last five league contests, and their most recent triumph in the top division of England came on October 16 at Aston Villa.

On December 27, Graham Potter’s team will play host to Bournemouth with the goal of winning again.