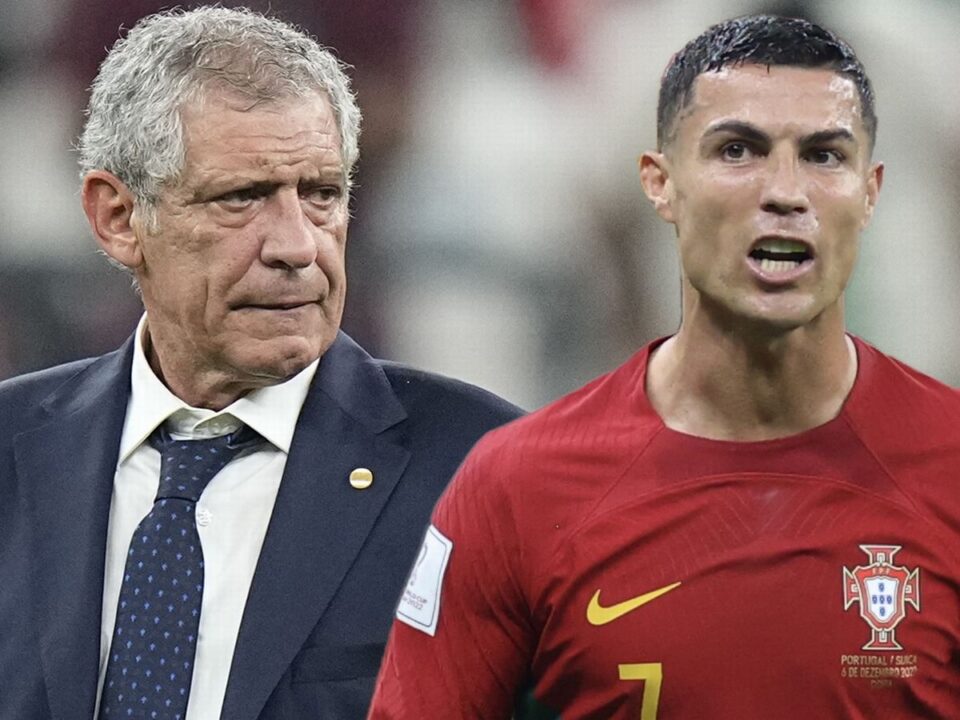 Cristiano Ronaldo, 37, and Portugal have categorically refuted claims that they discussed leaving their teammates for the rest of the 2022 World Cup.

In place of Ronaldo, who was benched for Tuesday’s match against Switzerland in the round of 16, Goncalo Ramos scored three goals as Portugal defeated Switzerland 6-1.

According to Record, the attacker threatened to withdraw from the World Cup entirely after finding out he wouldn’t be playing against Switzerland. The Portuguese FA stated that this was untrue in a statement, asserting that Ronaldo is

“totally dedicated” to supporting his nation’s efforts to win the global championship. News released this Thursday reports that Cristiano Ronaldo threatened to leave the national team during a conversation with Fernando Santos, national coach,”

“The FPF clarifies that at no time did the captain of the National Team, Cristiano Ronaldo, threaten to leave the national team during the internship in Qatar.”

“Cristiano Ronaldo builds up a unique track record every day at the service of the national team and the country, which must be respected and which attests to the unquestionable degree of commitment to the national team.”

“Incidentally, the degree of dedication of the player most capped by Portugal was again demonstrated – if necessary – in the victory against Switzerland, in the round of 16 of the 2022 World Cup.”

“The National Team – players, coaches and FPF structure – is, as it has been since the first day, fully committed and enthusiastic in building what the country wants to be Portugal’s best ever participation in a World Cup.”

“A group too close to be broken by outside forces. A nation too brave to let itself be frightened by any adversary.”

“A team in the truest sense of the word, which will fight for the dream until the end! Believe with us! Strength, Portugal!”

Ronaldo became the first men’s player to score in five World Cups when he struck the back of the net in Portugal’s tournament opener against Ghana.

Prior to the international competition, the forward made news when he gave a contentious interview to Piers Morgan on TalkTV, which resulted in Manchester United cancelling his contract.

Additionally, Ronaldo is anticipated to be benched for Portugal’s World Cup quarterfinal match against Morocco on Saturday.

The attacker is presently looking for a new team, and despite being strongly associated with a move to Saudi Arabia, it is thought that he is motivated to continue his football career in Europe.