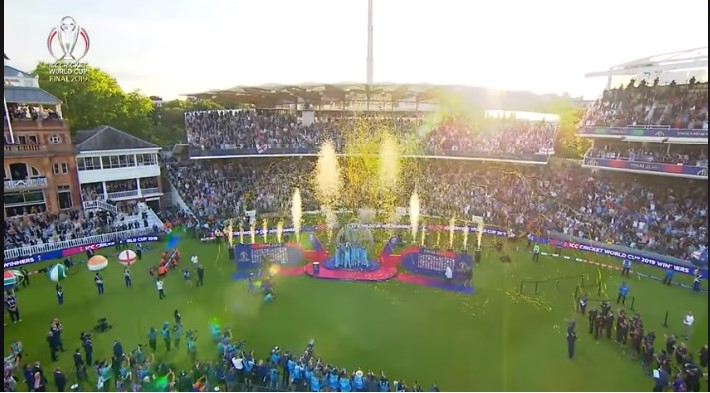 It was an outstanding World Cup final at Lord’s on Sunday, which England won after beating New Zealand in the Super Over. It was a gem of a match that went down to the wire, with so much drama that unfolded between two teams who were vying for their maiden World Cup triumphs. And now, it has been a trend that the hosts country has lifted the CWC title since the last three editions. So, can we expect India to lift the cup next time around?

Although the Black Caps played fantastic cricket till the very end, defending a meager total, England had the last laugh as they got the monkey off their back by winning the World Cup after coming close on so many occasions earlier. It was Ben Stokes all the way who delivered England their due by not only steadying the innings (England lost too many wickets too soon) but by also finishing the task for his country.

It was a bit unlucky for the Kiwis, as certain things helped England take the lead in the 50th over. The five runs that came off a single ball as the ball hit Stokes’ bat and rushed to the boundary while he was completing the run, was a huge turning point in the game. That moment took the game away from New Zealand and they could never recover even in the Super Over. England walked away with the title even as the Super Over tied because they were ahead in boundaries. Duh, the ICC rules again! England hosted the World Cup five times. They reached the finals on four different occasions and won the last one on Sunday. New Zealand reached the finals on two occasions (2015 & 2019) and both times they ended as the runners-up. Ben Stokes’ was a deserving “Man of the Match” in the final for his stand out performance.

Women’s singles final a going to be a royal affair