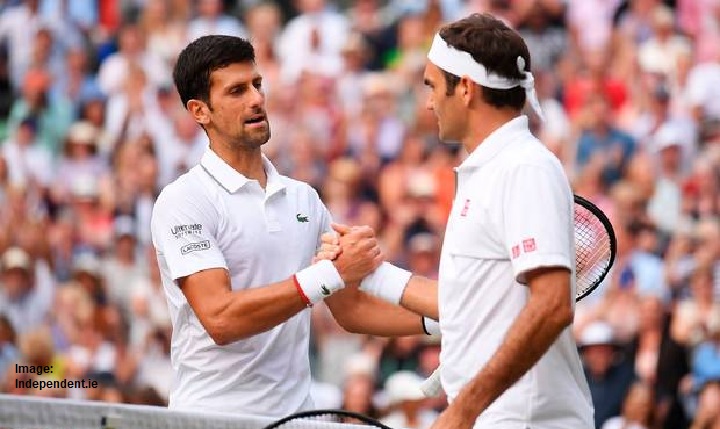 Novak Djokovic is the reigning World No. 1 and he proved it why. On Sunday, he lifted his 5th Wimbledon title beating Roger Federer 7-6 (7-6), 1-6, 7-6 (7-4), 4-6, 13-12 (7-3). It was a strenuous match between two contemporary greats characterized by back and forth games that turned out to be the longest Wimbledon final in history. The match titled toward each of them and there was no clear winner till the end.

It was Djokovic’s 16th major title and Federer was chasing his 21st Grand Slam crown. The game would be a huge disappointment for Federer for a long time to come. He came excruciatingly close to winning it only to be denied that moment of glory by Djokovic. Earlier, in the second semi-final, Roger and Rafa stood toe to toe after a gap of 11 years in Wimbledon since that epic encounter in 2008. It was comeuppance for Roger who avenged his defeat by Rafa at the 2008 Wimbledon final.

It was a great Wimbledon at center court overall which also gave Simone Halep her first women’s singles title at the world’s greatest grass court event. However, it left Serena Williams bereft of her record-equaling 24th Grand Slam. But then, you cannot have the cake and eat it too.