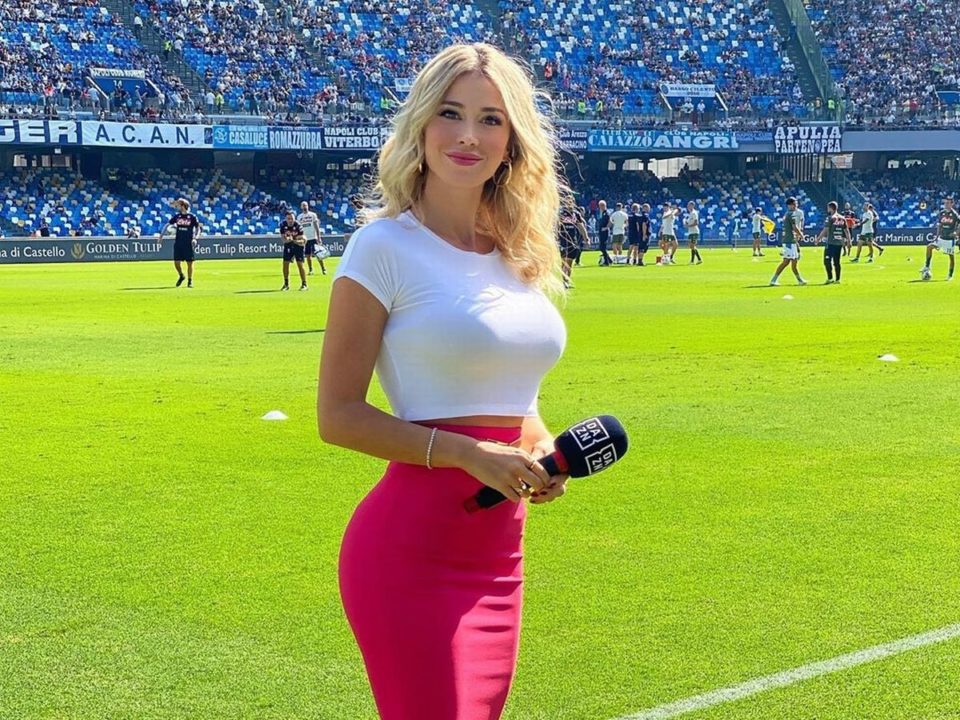 Italian football presenter Diletta Leotta, who anchors Serie A broadcasts for DAZN opens up on sexist chants by Napoli fans.

The 28-year-old has allegedly laughed off sexist chants made by Napoli fans as a jest, calling it all a “misunderstanding”.

Leotta made global headlines last week after a video came up, in which a section of fans at the Stadio San Paolo chanting “fuori le tette”, which means “get your t*** out” at the reporter while she was making her way past a stand.

Leotta in an interview said that she saw the funny side of it, and that’s the reason she smiled, wagged her finger and gave the insolent supporters the thumbs down.

She said, “It was a misunderstanding. Napoli fans supported me throughout the game, then they tried to go further after Napoli won, but it was just a joke.”