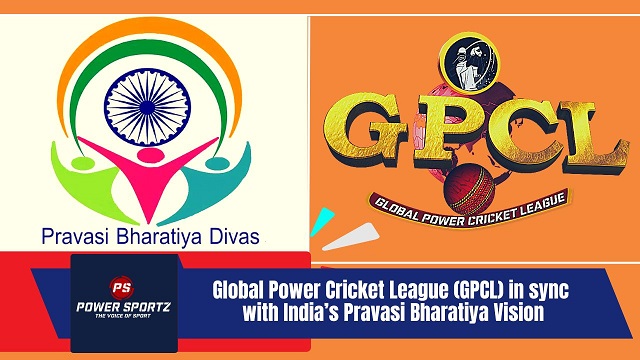 Cricket has always been more than a game for the Indians across the globe. They regard this beautiful sport as a religion and treat the cricketers as demi-gods.

While fans living in India get to enjoy the game through different means, it becomes tough for the Indians residing outside the country to follow or play cricket as ardently as they do while being in their homeland.

Notably, India has the largest diaspora population in the world with 32 million people living outside the country. This large cricket crazy population yearns to have the sport played in their country of stay.

The inaugural GPCL T20 was held in Delhi in October last year, and now there is an earnest insistence from the diaspora players to continue this tradition

Speaking at the Pravasi Bharatiya Divas (PBD) Convention 2023 in Madhya Pradesh’s Indore, PM Modi recently said that all Indian diasporas are ‘Rashtradoots’ (brand ambassadors of India) and urged the pravasis to act as a messenger to the world about India’s glory.

Union Information & Broadcasting and Youth Affairs Minister Anurag Thakur on Sunday appealed to the young Indian diaspora to innovate, invest and initiate their ideas in India.

The GPCL T20, as part of the NRI Festival celebrations, ensured that eight teams from different nationalities had Indian diaspora youth participation along with other players of that particular country.

During the week-long tournament, the Indian diaspora youth cricketers got the opportunity to share the dressing room with well-known international stars such as Ian Bell, Munaf Patel, Callum Ferguson, Kirk Edwards among others.

Seeing the kind of interest the tournament generated in its maiden season, Kanthi D Suresh, the founder and editor-in-chief of Power Sportz, along with the support of the Government, hopes  to make the GPCL an annual sporting spectacle.

The GPCL will not only give the fans a unique experience of watching the sport, but it will also provide a perfect platform to the Indian diaspora global youth cricketers to showcase their T20 skills, which will also open doors of opportunity for them

During the IPL 2023 mini-auction last month, all-rounder Shivam Singh, who represented Indian Sapphires in the inaugural GPCL season, was signed by Punjab Kings for a base price of Rs 20 lakhs.

For the first time, a team from USA came to participate in Season 1 of GPCL, with the entire playing squad composed of Indian origin players.

The team structure for the next season has been announced with a minimum of 6 players of Indian origin to be mandatorily part of the playing squad in every team.