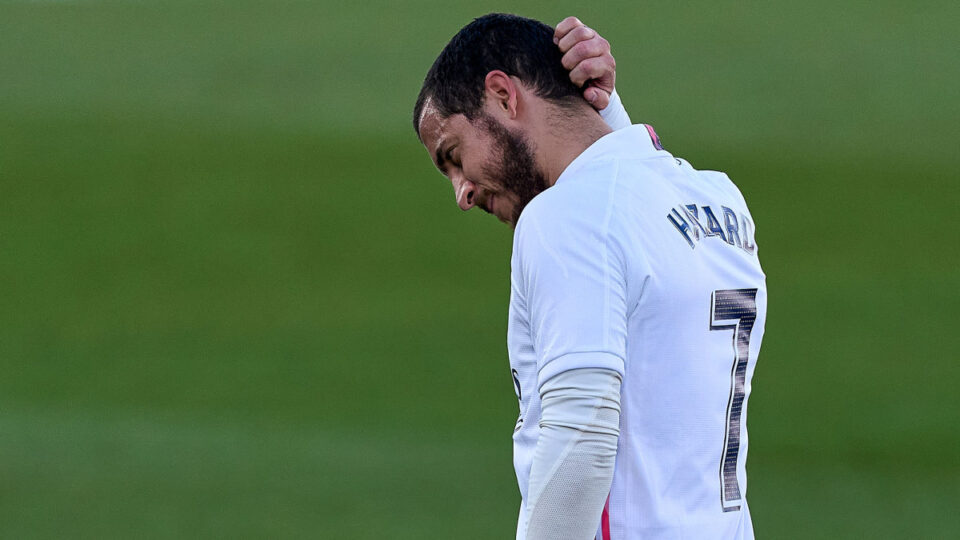 Injury woes of Eden Hazard continue as he has been ruled out of Real’s Champions League match against Atalanta. The club stated that Hazard suffered another muscle injury for which he is forced to sit outside in the round of 16 game on Tuesday.

The Belgian attacking midfielder had recently got back to action after staying away for at least five weeks on Saturday as a second-half substitute against Elche. However, Hazard wasn’t among the players who trained on Monday, said media reports.

On the other hand, Real Madrid coach Zinedine Zidane confirmed the news in his pre-game press conference that Hazard will be absent, saying, “he is not going to be with us in this game, but I am optimistic, and I hope it is not going to be for too long.”

Later, the club also released a statement, stating, “following tests carried out today on our player, Eden Hazard, by the Real Madrid Medical Services, he has been diagnosed with a muscle injury in the right psoas. His recovery will continue to be assessed”.

This is the 11th injury Hazard has suffered since joining Real Madrid from Chelsea in the summer of 2019. The injuries have made him stay on the sidelines for over 300 days in less than two seasons at the club.

Meanwhile, Real Madrid lead the tie against Atalanta 1-0 after the first leg.