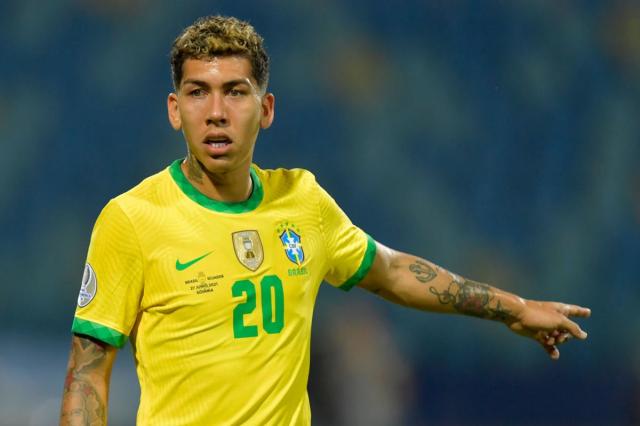 Roberto Firmino of Liverpool was left off of Brazil World Cup roster, although Gabriel Martinelli and Gabriel Jesus of Arsenal were included. The first-ever winter World Cup, which starts later this month in Qatar, features Brazil as one of the favorites to capture a sixth world championship and a first in 20 years.

On Monday, manager Tite announced his final 26-man roster for the competition, with Liverpool’s Firmino being the most notable omission. The 31-year-old, who has made 19 appearances for Liverpool this season and has eight goals and four assists, loses out to Arsenal’s Martinelli, who is going to Qatar with just three caps.

Martinelli, 21, has also been in excellent form this season, contributing to the Gunners’ lead at the top of the Premier League standings with five goals and two assists in 13 games.

Other Players picked up from the Premier League

Despite Firmino’s exclusion, Brazil’s team had a record 12 players from the Premier League including four players from Manchester United: Antony, Fred, Casemiro, and the loaned Alex Telles. There are also spots for Richarlison of Tottenham Hotspur, Lucas Paqueta of West Ham United, Thiago Silva of Chelsea, Bruno Guimaraes of Newcastle United, Ederson of Manchester City, and Alisson Becker and Fabinho of Liverpool.

With just two goals separating him from Pele in the all-time Brazil goalscoring standings going into the competition, Neymar is also included.

There is also room for 39-year-old Dani Alves, who presently plays for Mexican team UNAM Pumas and has the most international appearances among the group with 124.

Other significant absences include the injured Philippe Coutinho of Aston Villa and the uncapped Gabriel Magalhaes of Arsenal. Renan Lodi, Roger Ibanez, and Matheus Cunha also missed out on the final World Cup selection despite being on the most recent list, joining Firmino.

Brazil will begin their World Cup campaign on November 24 against Serbia in Group G together with Serbia, Switzerland, and Cameroon.

In order to win the World Cup trophy for the first time since 2002, Tite’s team will then play Switzerland and Cameroon in their last two group games.

The Selecao is unbeaten in their last 15 games dating back to last year’s Copa America final loss to Argentina, winning their last seven games by an aggregate score of 26-2.