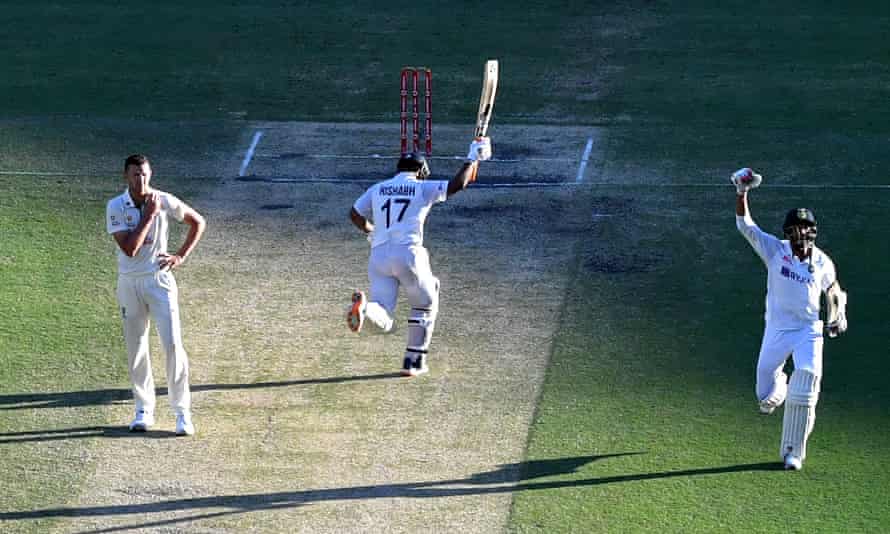 After the historic series win down under, the Aussie media has lauded the valiant efforts of the Indian cricketers while coming down heavily on their own team. ‘Aussies get Pantsed’, echoed the Australian media after they were beaten 2-1 by Team India.

The win is extra special because India played with a depleted side with all major players including skipper Virat Kohli sitting out.

When the nearly fresher Indian team, under the captaincy of Ajinkya Rahane, beat Australia by three wickets in the series-deciding fourth Test, the whole world sat up and took to social media to eulogize the squad.

It was a victory more cherished because just a month ago India were bruised in Adelaide when they were bundled out for their lowest Test total of 36.

“India takes a series for the ages,” read the front page headline of SMH. “A staggering innings from Rishabh Pant steered India to an unlikely series win over Australia at the Gabba yesterday,” it wrote.

The Herald Sun also heaped praises on the Indians and criticized the national team. “India’s Gabba Miracle: Aussies Get Pantsed!” read their front-page headline carrying two pictures— one of Siraj hugging Pant and other of Nathan Lyon where the Australia off-spinner seemed frustrated after he failed to deliver on the fifth day of the Test match.

Even cricket.com.au was generous in giving Indians their due with praises. They carried a headline: ‘Indian summer! Gabba streak ends with classic Test win’, and said that Australia’s famous stranglehold at Brisbane fortress was breached as India completed one of their most remarkable Test and series victories.

One of the best depictions of India’s success came from Fox Sports. It described India’s win under the headline: “‘This was Test cricket’s ‘Thriller in Manila’ – and India delivered a devastating knockout blow.”