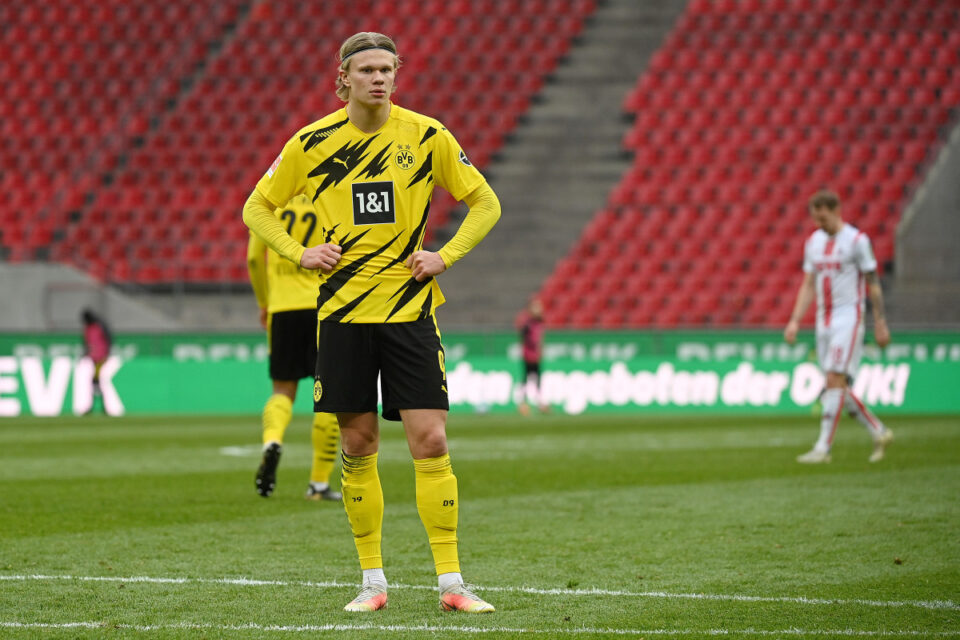 It is true Europe’s top clubs make a beeline to get the signature of Borussia Dortmund’s prolific striker Erling Haaland during any transfer window. However a Romanian assistant referee managed to get the Norway international to put his signature on the yellow card during a match between Dortmund and Man City.

Television footage showed one of the Romanian officials in charge of the Champions League quarterfinal first leg (Manchester City won 2-1), approaching Haaland in the tunnel after the game to get him to sign his yellow card — and succeeding in his endeavor.

It was a fan moment for the referee to get Haaland’s signature on the yellow card.

The 20-year-old Haaland is the most popular footballer and is a sought-after talent in the European circuit. He is rumored to be linked with a move to City and their local rivals Manchester United as well as Spanish giants Real Madrid and Barcelona.

What the referee did was not normal protocol as match officials refrain from asking players for autographs after games. There are chances that UEFA could respond, but City boss Pep Guardiola had no problem with the referee’s request.

“They told me. Maybe he’s a fan. Why not? The referees were brilliant, the game was not a problem,” Guardiola said. “The VAR told me it was not a penalty and [Jude] Bellingham, the leg is higher than expected. Yeah, the referees were perfect.”

After the match, Borussia Dortmund interim coach Edin Terzic said Man City boss Pep Guardiola was complimentary about his team’s performance, but the Bundesliga boss said his side would be ready for the second leg on April 14.

As Power Sportz marks its 3rd anniversary, is there a future? Read to know the truth.