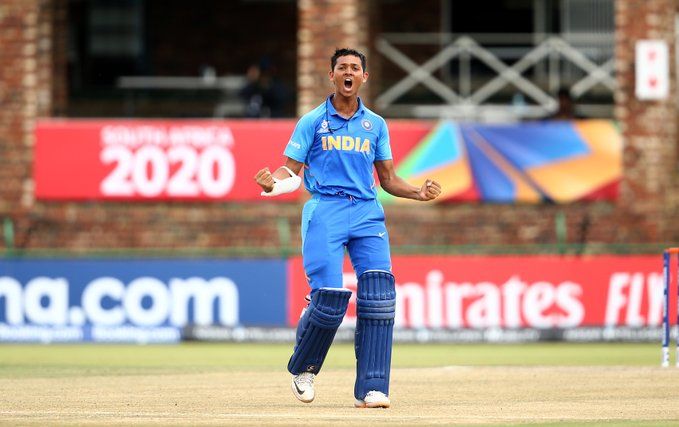 In the semi-finals of the ongoing U-19 World Cup in South Africa, the Indian team defeated Pakistan by ten wickets in a one-sided match. With the win, defending champion India reached the final for a record seventh time. Pakistan scored 172 runs in 43 overs at the Potchefstroom in South Africa. India scored 176 runs without loss in 35.2 overs.

Priyam Garg India U19 skipper said “Very happy to reach the final. We are going to focus on the trophy. One step closer to it. I think we have the best pace attack in the tournament. All fast bowlers can build up good pace and spinners bowl right line and length. The spinners compliment the pacers well. This is not the first time they (Jaiswal and Saxena) have done this. They have been batting like this for last one year. They have great co-ordination. They also come from the same state so thay understand each other very well. I think we would like to focus on the same process and play the final as just another game.”