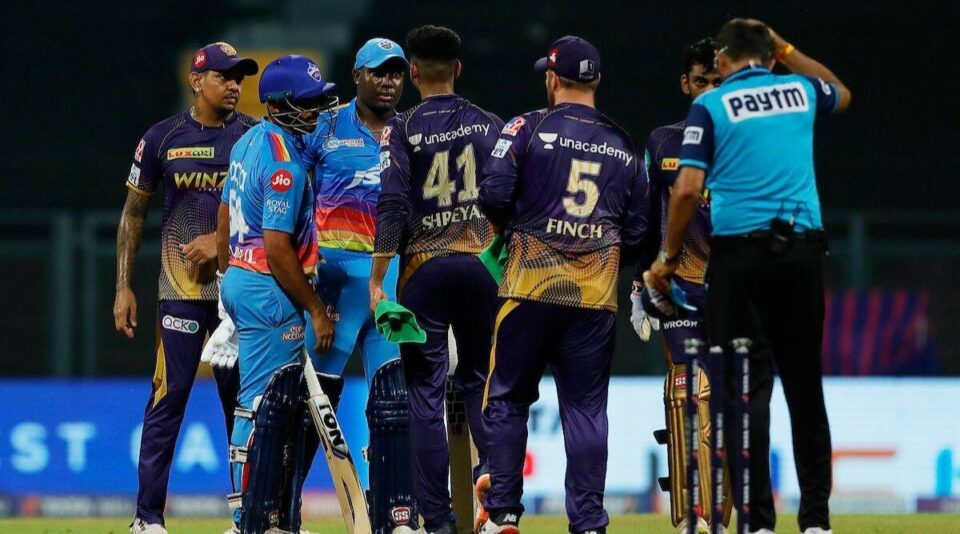 The two-time champions Kolkata Knight Riders (KKR) handed the Delhi Capitals (DC) an easy victory in IPL 2022 group stage match played at the Wankhede Stadium in Mumbai on April 28. (Thursday). The Capitals overwhelmed the Purple Men and cruised to victory.

DC captain Rishabh Pant won the toss and opted to field first. Finch and Iyer’s opening partnership fell short, as they both appeared befuddled in front of DC’s disciplined bowling line-up. Baba Indrajith, who was making his debut, also struggled to get going.

KKR got off to a strong start, with Umesh Yadav dismissing opener Prithvi Shaw on the opening ball of the chase. Mitchell Marsh, an Australian all-rounder, was also quickly returned to the pavilion. Thereafter, DC’s innings were stabilised by opener David Warner and Lalit Yadav.

The KKR bowlers, on the other hand, were not about to give up easily. Thus, Lalit Yadav, Warner, and captain Rishabh Pant were all sent back in short succession. Axar Patel, a left-handed batter, had a short but lovely knock of 24 before being run out. DC was led to victory by West Indies all-rounder Rovman Powell and Indian all-rounder Shardul Thakur.

With this, KKR now continues their losing streak to 5 consecutive games. Thus, the 3 giants in the history of the competition, KKR, CSK, & MI concludes the bottom three of the table.

DC clinched 6th spot with 8 points in 8 matches, while KKR sits at 8th place with 6 points in 8 fixtures.

After the match the winning captain Rishabh Pant said

“We were thinking (of the wobble) because we lost too many wickets in the middle but at the same time we thought if we take the game deep, we can win it. It is good to have Marsh back.”

“We have to be more clear with our plans and that is something we can improve. I thought we would give him (Kuldeep) his final over from the other end but then the ball kept getting wet and I also wanted to change the pace, that’s why I brought the fast bowlers in but it didn’t work.”

“We started off really slowly and lost a couple of early wickets. It was holding up a bit (the wicket), but we didn’t get a good score on the board. No real excuses, we have to go back and assess where things are going wrong.”

What’s next for Kolkata and Delhi?

KKR will lock horns with the in-form team Rajasthan Royals on 2nd of May, Monday at Wankhede in Mumbai. While Delhi Capitals will take on the new franchise Lucknow Super Giants in a day game on Super Sunday.