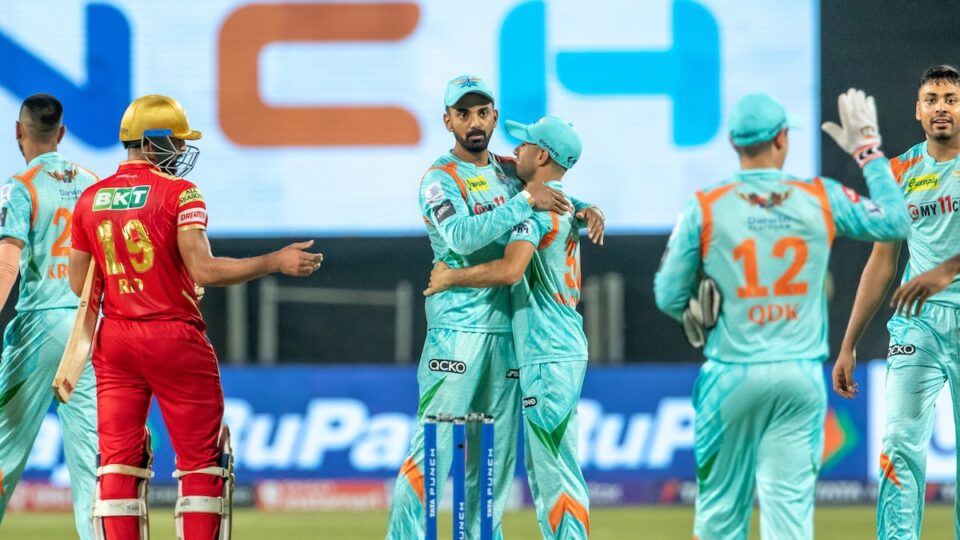 On April 29, the Lucknow Super Giants (LSG) defeated the Punjab Kings (PBKS) by 20 runs at the Maharashtra Cricket Association Stadium in Pune in IPL 2022 Match 42. As they continue to play catch-up in the points table, PBKS made a complete mess of a simple run chase, conceding two vital points.

Hooda scored a 28-ball 34, while the wicketkeeper-batter scored 46 runs off 37 deliveries. Lucknow, on the other hand, lost wickets at regular intervals after the partnership was gone, and they finished at 153/8 thanks to some useful contributions lower down the order.

Shikhar Dhawan and Mayank Agarwal laid a decent foundation with a 35-run opening stand in what should have been a routine chase before utterly losing their way from there.

Jonny Bairstow and LI think we just need to be smarter in reading the game. If we could have not played too many shots we could have done better. We have been good on the field and good with the ball. Just need to keep repeating the good things.iam Livingstone of England did add 32 and 18 runs respectively, but it was not enough as both batsmen were dismissed at a time when PBKS couldn’t afford any losses.

Rishi Dhawan, an all-rounder, made an impression with an undefeated 21. Unfortunately for him, his gallant effort was futile, as Punjab Kings were restricted to 133/8 from their 20 overs due to a lack of support from the other end.

After the match, the winning captain KL Rahul looked unsatisfied with his side’s performance. The 30-year-old said

“I was disappointed and fuming at the end of the first innings. Stupid cricket with the bat. It does happen but we did talk about it at the time-out. We did talk that we can defend 160 as this wasn’t a great pitch. The crucial runs at the back end and then the execution with the ball helped us win.”

“I think we just need to be smarter in reading the game. If we could have not played too many shots we could have done better. We have been good on the field and good with the ball. Just need to keep repeating the good things.”

Meanwhile, losing captain Mayank Agarwal was disappointed as his side couldn’t chase a small target. After the match in the post-match interview Mayank said

“I think we just kept losing wickets. We had batsmen who were set and we kept getting out. So many soft dismissals for us. It is disappointing and we have to face the truth. We didn’t bat well enough and we were below par with the bat.”

What’s next for Punjab and Lucknow?

LSG will lock horns with Delhi Capitals on the 1st of May, at Wankhede in Mumbai, which will be the first match of the 2 on the Super Sunday.

While PBKS will take on the new franchise, who are also the table leaders Gujarat Titans on 3rd May, Tuesday at DY Patil stadium in Mumbai.