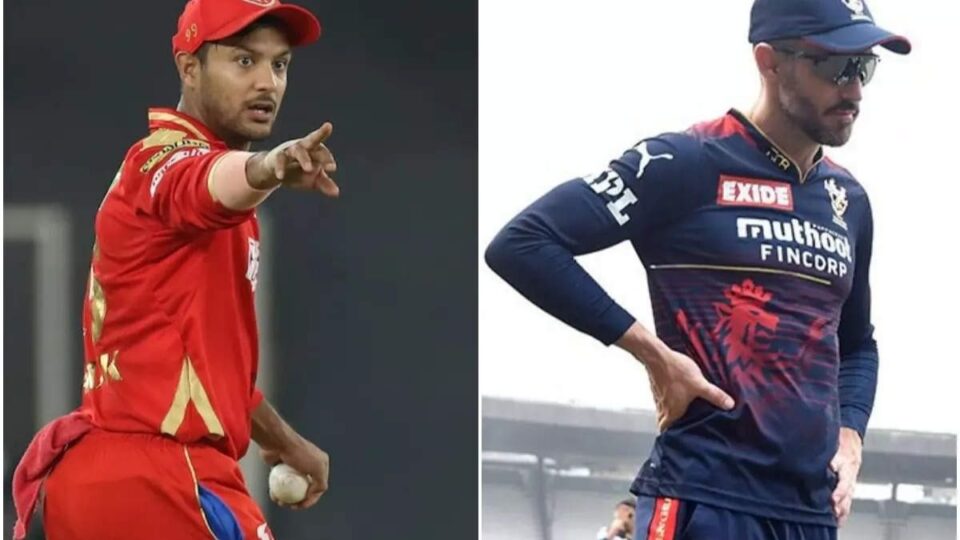 The 3rd match of IPL 2022 and also the second of the double-header will see Punjab Kings (PBKS) locking horns with Royal Challengers Bangalore (RCB).

Despite participating in the event since its inception, both teams have yet to win an IPL trophy, and will be trying to break the curse this year. Punjab, especially, hasn’t qualified for the playoffs in a looooong time. Mayank Agarwal has been appointed as their skipper for this edition, and they have made some good additions to the roster. Thus, they will look to start their ne campaign under their new leader with a victory.

On the other side of the pitch, we have Royal Challengers Bangalore, who have also named a new captain Faf du Plessis. They will be without AB de Villiers, who has retired from all forms of cricket, but they will still have Glenn Maxwell and former captain Virat Kohli in their ranks. Dinesh Karthik has also been added to the team to handle the finishing tasks.

The Navi Mumbai pitch will provide a level playing field for bat and ball, as the surface has been excellent for batting in the games thus far. Because there may be due later, the captain who wins the toss will almost certainly choose to chase.

Kagiso Rabada will miss Kings’ first encounter due to his participation in South Africa’s one-day international series against Bangladesh. Moreover, Jonny Bairstow will also be unavailable for the first 2 games due to his involvement in England’s Test side.