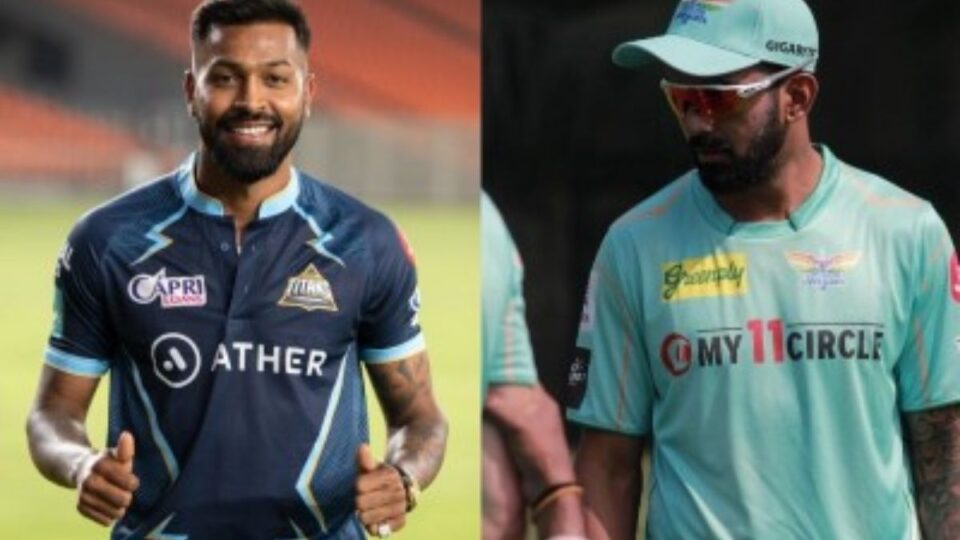 The two new franchises kick-off their Indian Premier League journey today as Gujarat Titans (GT) will lock horns with Lucknow Super Giants (LSG) in the fourth match of the Tata IPL 2022 at Wankhede Stadium in Mumbai.

Both clubs have put together strong squads, led by captains who can make a big difference. The Lucknow Super Giants will be led by KL Rahul, while the Gujarat Titans will be led by Hardik Pandya. Both the teams will be making their debut in the Indian Premier League tournament.

However, KL Rahul’s previous record as a captain might not be astonishing but he definitely will get help from one of the best Gautam Gambhir, who is mentoring LSG this season. Meanwhile, Gujarat might not look as strong as their opponents but they do have some real match-winners in their squad. Their main strength lies in their bowling attack. Thus, they are one of those sides that can make small targets look difficult.

The track has a consistent bounce, and the shorter boundaries make the batters’ work even easier. There will be a lot of dew, so after winning the toss, both teams should prefer to bowl first.

Wankhede Stadium is known for its high-scoring games because of its lightning-fast outfield. Despite a low score in the first innings in the first match, it is predicted to improve with time.

England batter Jason Roy, who withdrew owing to excessive fatigue, has been replaced by Afghanistan wicketkeeper-batter Rahmanullah Gurbaz. Alzarri Joseph, the West Indies’ paceman, will miss the first game against the Super Giants because he is participating in the third Test against England.

Mark Wood, who was ruled out due to an injury in the right elbow is now replaced by Andrew Tye. Meanwhile, Jason Holder and Kyle Mayers will be unavailable opening 2 encounters due to their respective national duties.

Adding to the list will be Marcus Stoinis, who might miss starting 3 matches concerning his involvement in Australia’s ongoing series against Pakistan.