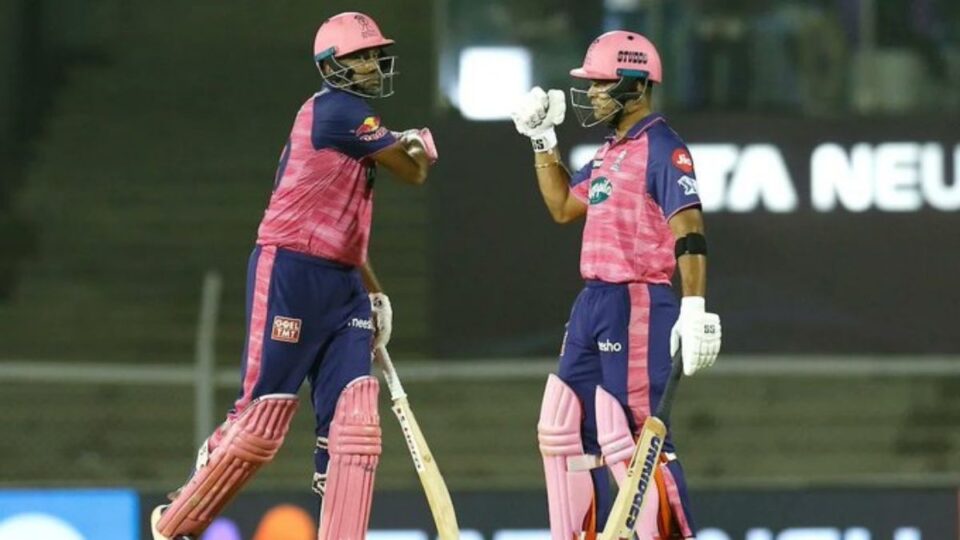 On May 20, Rajasthan Royals (RR) defeated Chennai Super Kings (CSK) by five wickets at the Brabourne Stadium in Mumbai in IPL 2022 Match 68. With this win, the Royals not only move up to second place in the points standings with 18 points, but they also push the Lucknow Super Giants to third place with a considerably stronger net run rate.

MS Dhoni, the captain of Chennai, won the toss and chose to bat first. Although opener Ruturaj Gaikwad was dismissed early, his opening partner Devon Conway and no. 3 batsman Moeen Ali put on an 83-run second-wicket stand.

Even when the four-time champions were losing wickets at the other end, it was Ali who scored the most runs. As CSK posted 150/6, Moeen lost his wicket in the final over after scoring 93 runs from 57 deliveries.

Rajasthan lost their star batsman Jos Buttler for just two runs in response, before Yashasvi Jaiswal and captain Sanju Samson scored 51 runs for the second wicket. As he anchored the RR chase, Jaiswal continued to make the most of his superb form. Before losing his wicket in the 15th over, he struck a 44-ball 59.

Prashant Solanki had the best bowling numbers for CSK with 2/20, while Simarjeet Singh, Mitchell Santner, and Moeen Ali each took one wicket.

The champions of the inaugural edition lost half their side towards the end of the innings, but Ravichandran Ashwin kept his team in contention with his never-say-die spirit. The Royals were able to cross the finish line in the last over thanks to his undefeated 40 runs off 23 balls with a strike rate of almost 174.

After the match the winning captain Sanju Samson said

“Feels really good, it has been standout. Almost everyone has stood out for us. It was important to understand they have quality batters. I didn’t expect to come back so strong, so well. It was a great effort. I wanted to bring him (McCoy) after the powerplay, he also had really great change-ups. Cricket is a funny game. They had quality bowlers, but Ashwin has done a great job for us, he has turned out to be a great all-rounder for us.”

“I think what we need to understand is that we were playing a batter light. So when we lost those wickets, Moeen had to curb himself a bit. Role and responsibility got swapped a bit when the wickets fell.”

“Crucial thing is to make the most of an opportunity if you are a bowler or a batter. It’s not a one-year tournament, you keep coming back year after year. Key is to keep going as a player for the next 10-12 years.”

What’s next for Rajasthan and Chennai?

Thus, now, in Qualifier 1, RR will face the Gujarat Titans, while LSG will face either the Delhi Capitals or Royal Challengers Bangalore in the Eliminator.

While CSK players will depart to their respective places as they have been already eliminated and have played their last match of the 2022 edition.

IPL 2022: One last chance for DC to qualify for Playoffs against MI