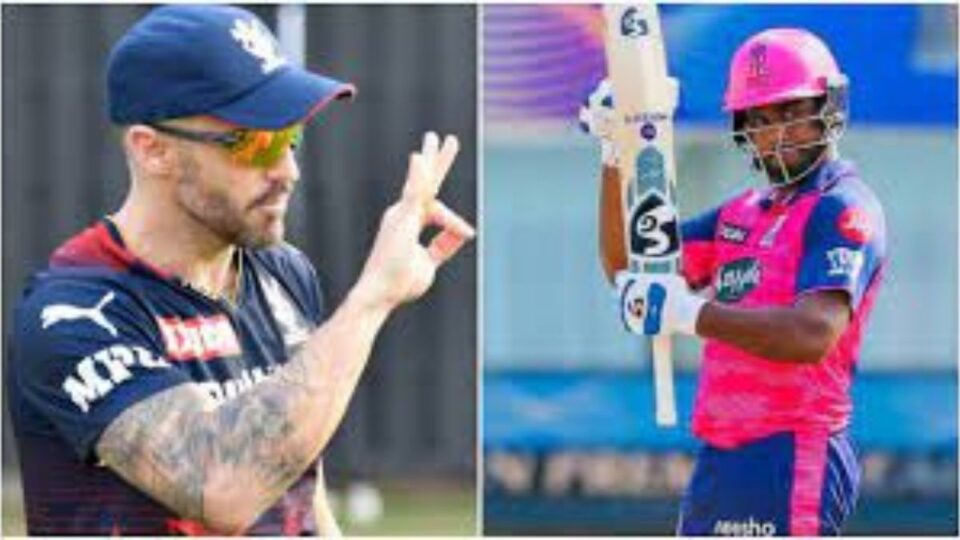 The 2022 edition of the Indian Premier League is in full swing and the games are coming thick and fast. Match no. 13 will see clash of Royals as Rajasthan Royals (RR) will lock horns with Royal Challengers Bangalore (RCB).

Both teams have played couple of matches but Rajasthan seem to be on a hot streak at the moment, winning 2 out of 2. Thumping Sunrisers Hyderabad (SRH) in their season opener they went on to defeat the 5-time champions Mumbai Indians (MI)

On the other hand, the Royal Challengers Bangalore were defeated by the Punjab Kings in their first game after failing to defend 205 runs in 20 overs. They did, however, win their following game against the Kolkata Knight Riders, albeit not convincingly, as they nearly stalled in a low-scoring chase.

So far, all three games at the Wankhede Stadium have gone in favour of the team batting second. The dew that comes into play in the second half is a big part of the reason.

The pitch is ideal for batting, and having wickets in hand will be crucial in putting up a total. Based on previous results, the captain who wins the toss will most likely bowl first again.

Harshal Patel had a wonderful season with the Royal Challengers Bangalore last year, and he is off to a great start this year. In his previous game against the Kolkata Knight Riders, the right-arm seamer took 2 for 11 and bowled two maidens in the middle overs.

In the previous two seasons, he has developed into a match-winner for the team and is particularly good in the death overs, making him one of RCB’s most potent alternatives.

Jos Buttler, who produced a fantastic century against Mumbai Indians in the last match, would be seeking to keep up his strong form at the top of the order.

Meanwhile, Sanju Samson also looked in great nick in the opener. Thus, he could play a big part too in today’s Royal clash.

BCB to file an official complaint to ICC on umpiring