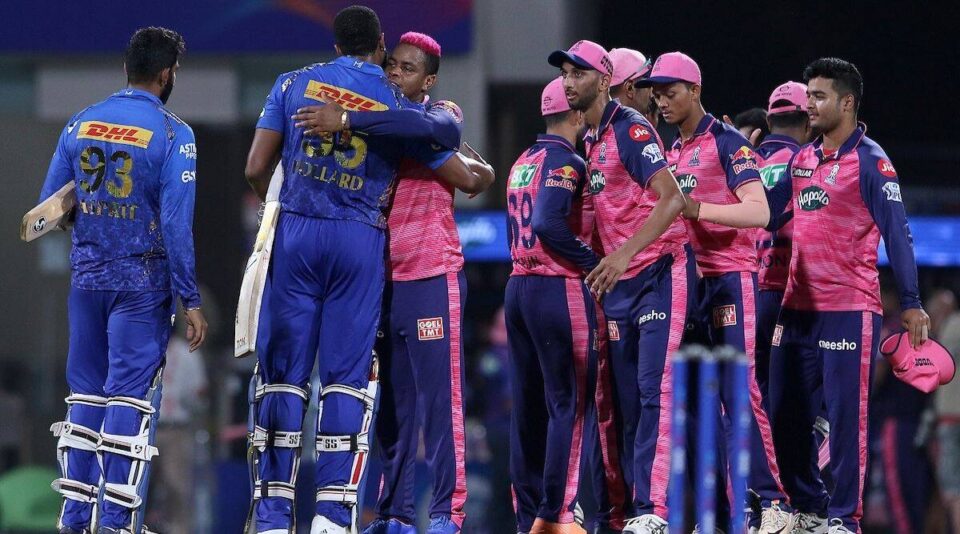 It is now time for game number 44 in the Indian T20 League, the second game of the doubleheader will be played between Rajasthan Royals (RR) and Mumbai Indians (MI).

Both teams have enjoyed contrasting fortunes in the tournament thus far, with the Sanju Samson-led side having won six of their eight games. They are presently ranked second in the points table and are coming off a thrilling win over the Royal Challengers Bangalore in their previous match.

The Mumbai Indians, on the other hand, have had a disastrous start to the season, losing all eight of their games, therefore ending their chances of entering the playoffs this season. So far, the Rohit Sharma-led team has struggled in all three categories, with a lack of regular partnerships from the top order being a key issue. Tim David and Fabien Allen are likely to replace Daniel Sams and Dewald Brevis in the starting XI.

The previous game at the venue saw KKR and GT play a close match, with the team batting first able to protect a par score.

The bowlers have had some help from the wicket, and the captain who wins the toss will most likely continue the habit of bowling first on the wicket.

Yuzvendra Chahal has been outstanding with the ball for the Royals this season, but he was unable to take a wicket in the previous match. Despite this, the leg spinner has already topped the lists for most wickets this season, with 18 scalps and a hat-trick to his credit.

With some remarkable bowling spells this season, he has turned around games and is set to maintain his wicket-taking streak.

Tilak Varma is the Mumbai Indians’ highest run-scorer in the competition and has only been removed once for a single-digit score. In the competition, Varma has two half-centuries.