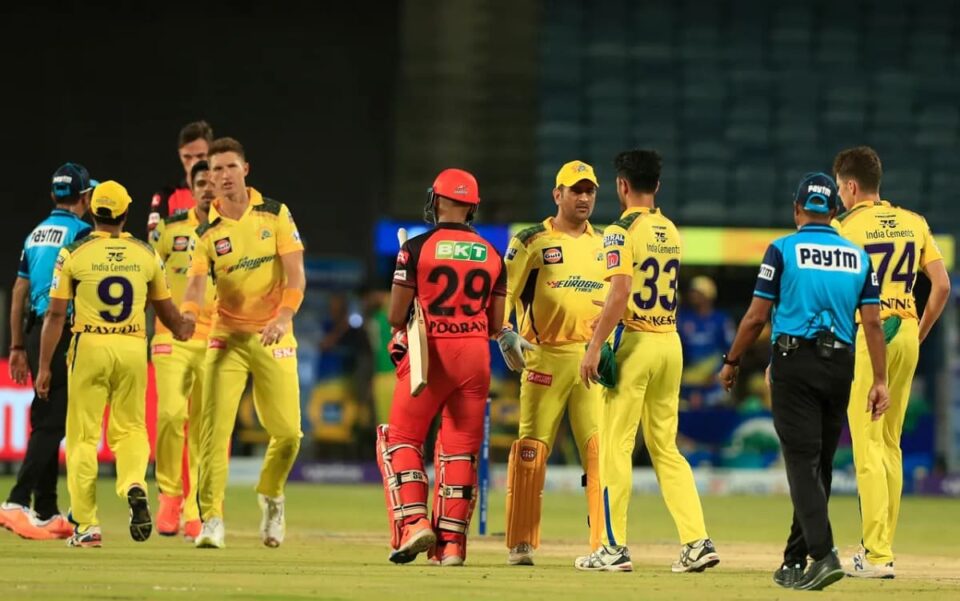 On May 1, MS Dhoni made a flawless return to captaincy as Chennai Super Kings (CSK) defeated Sunrisers Hyderabad (SRH) by 13 runs at the Maharashtra Cricket Association Stadium in Pune in IPL 2022 Match 46. As a result, CSK earned their third win of the season, giving them a total of six points.

MS Dhoni was back as the Yellow army’s captain and was asked to bat first by SRH skipper Kane Williamson.

Gaikwad’s quickfire hit of 99 runs off 57 deliveries was crucial in building a good foundation for the defending champions. Conway’s unbeaten 55-ball 85 powered CSK to a challenging 202/2 total.

In response, Abhishek Sharma and Kane Williamson put on a 58-run partnership for the first wicket. Sharma smashed 39 runs off 24 balls, while Willamson resurrected his career with 47 runs off 37 deliveries.

After that, SRH lost in-form Rahul Tripathi for a golden duck and then Aiden Markram for a low score. Nicholas Pooran, the Orange Army’s wicketkeeper-batsman, did his utmost to keep the Orange Army in contention. He scored an unbeaten 33-ball 64 that included three fours and six sixes.

Despite this, the 2016 champions were limited to 189/6 because of a lack of support from the other side. Thus, with this, the current standings read as CSK on 9th with 6 points in 3 games, while SRH on 4th with 10 points in 9 fixtures.

After the match the winning captain MS Dhoni said

I think it was a good score to defend. It’s one of those coincidence where we got off to a good start and forced the bowlers to bowl the areas where we wanted to hit. The kind of target we got was a very good one.

Between me and Jadeja, he knew last season itself that he will be given a chance to captain this year. He knew and got enough time to prepare, what is important is you want him to lead the side and I wanted that transition to happen.

When anyone gets over 200, it’ll always be a challenge chasing it down. I thought we responded well to it, but they kept us under pressure with the total they had. We did show a lot of fight and were unlucky at times with some things that didn’t go our way.

We just need to stay connected, we’re playing well, and did so at the first half of the tournament (talking about the 5 straight wins). We just need to touch on a few things, shape well and come back stronger in the next game.

What’s next for Chennai and Hyderabad?

CSK will lock horns with Royal Challengers Bangalore (RCB) on Wednesday, May 4th. While SRH will take on Delhi capitals the next day at Brabourne Stadium, Mumbai.