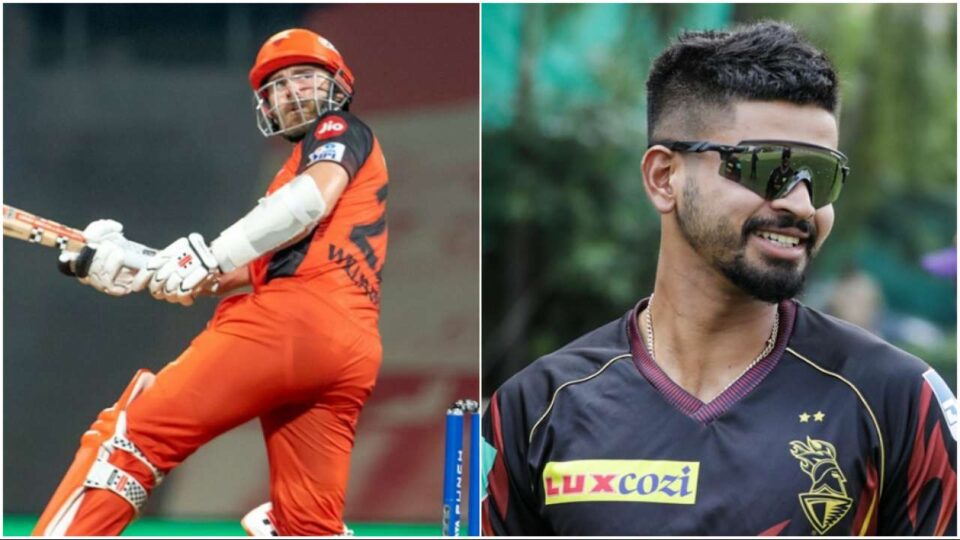 SRH has won two of their four matches and is now in third place in the points table. Both of these victories came in the last two games. SRH defeated Gujarat Titans by 8 wickets in their previous match, chasing a target of 163 runs in 19.1 overs. In this game, they will be without Washington Sundar, who suffered an injury in the previous game and has been ruled out for at least two games. In this game, SRH will strive to keep their winning streak going.

KKR has won three of their last five matches and is currently in second place in the points table. In the previous match, they were outsmarted by Delhi Capitals. DC scored 215 runs in their first innings, losing five wickets. In response, KKR could only muster 171 runs before being dismissed in 19.4 overs.

Meanwhile, there is an injury concern for SRH in name of Washington Sundar, who has been ruled out of the next two matches after suffering a split webbing.

So far in the tournament, Brabourne Stadium has provided some high-scoring encounters. Pacers, on the other hand, have had some success with the new ball but Batters have been able to dominate.

Teams will aim to win the toss and have a bowl first because the dew is expected to play a role.

After some dismal performances in the first few matches, Shreyas Iyer made 54 runs off 33 deliveries in the last game against DC. Thus, he has finally found some form & looks dangerous now.

Abhishek Sharma has made 139 runs in 4 matches at an average of 34.75 and a strike rate of 124.10 including one half-century. He is looking in great touch this season.