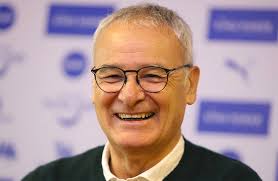 Claudio Ranieri thinks that he can save Sampdoria from facing relegation. After seven matches in Serie A, Sampdoria have collected three points and need four points to get out the relegation zone. Last season, the former Foxes manager failed to save the season of the London side Fulham but thinks that this will not be the case at Sampdoria because of their stable picture in Serie A.

Eusebio Di Francesco’s plans didn’t work – but Claudio Ranieri’s plans can work as he knows how to the turn-tables better than most.