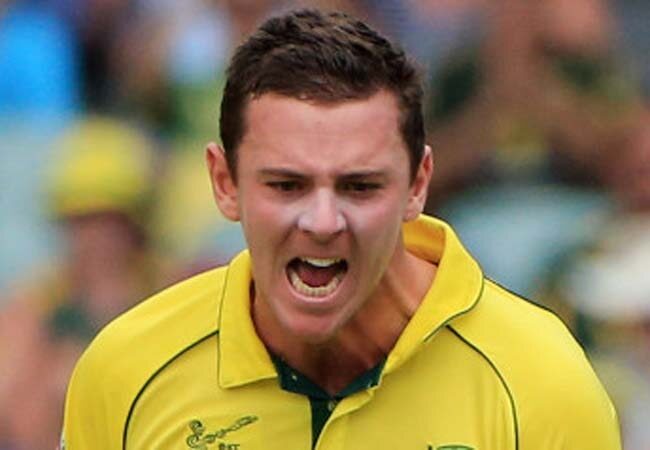 Josh Hazlewood is an Australian tall pace bowler. He made his international debut in an ODI against England on 22 June 2010 at the Rose Bowl in Southampton. Here you will find Josh Hazlewood bio, age, height, weight, wife, net worth, salary and relationship status. His first-class debut was at the Sydney Cricket Ground against the touring New Zealand side in November 2008. He made his Test debut on 17 December 2014 against India.

Hazlewood and Steven Smith became a part of a controversy during Brendon McCullum’s farewell test match in February 2016. The New Zealand vice-captain, Kane Williamson, was given not-out after an LBW appeal by Josh Hazlewood. Infuriated with Umpire’s decision, Hazlewood went for a decision review. Even after seeing the replay on the big screen, and the subsequent not out confirmation, Australians led by Smith were left incensed with the skipper questioning the call. Hazlewood on his part was caught by the stump microphone as saying: “Who the f*** is the third umpire?”