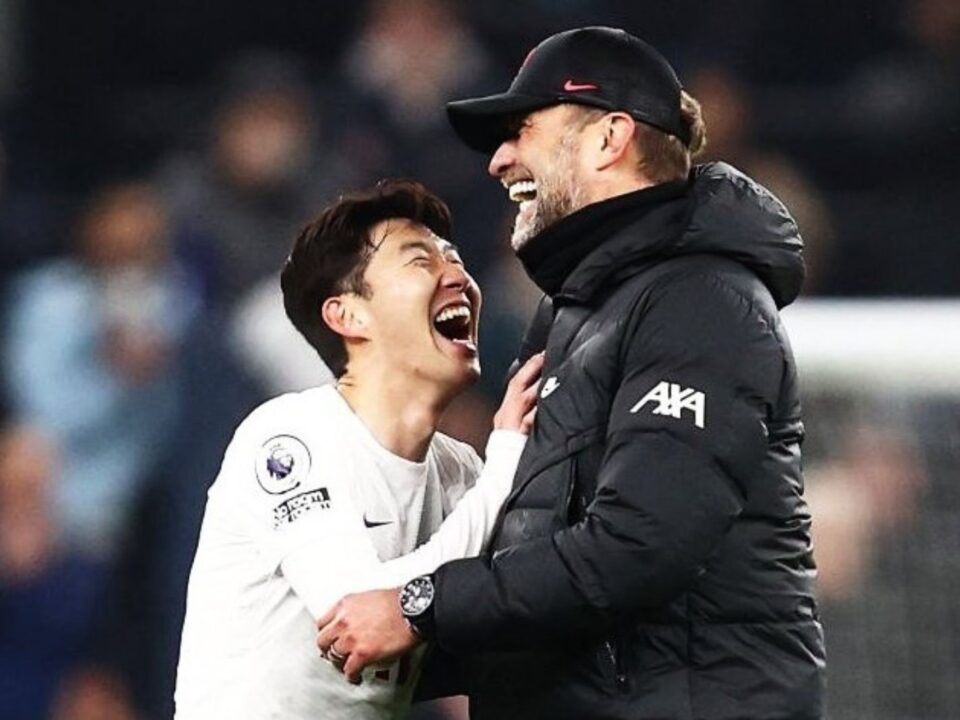 When he was in charge of Borussia Dortmund, Jurgen Klopp acknowledged that failing to sign Son Heung-min was “one of the biggest blunders of his life.”

The Tottenham Hotspur forward began his career playing for Hamburger SV, then in 2013 he chose to join Bayer Leverkusen over a transfer to Dortmund.

Before joining Spurs in 2015, Son had a two-year stint with Leverkusen during which he contributed 40 goals. Since then, the South Korean international has established himself as one of the Premier League’s greatest players in North London.

Despite calling Tottenham’s No. 7 “one of the best attackers in the world” and heaping praise on him, Klopp regrets not attracting the 30-year-old to Dortmund earlier in his career.

“One of the biggest mistakes in my life is not signing Son Heung-min. Outstanding player. He is fantastic, a sign of Korean football and one of the best strikers in the world.”

“He is fantastic, a sign of Korean football and one of the best strikers in the world.”

Son has subsequently clarified that he declined the opportunity to sign with Dortmund in favour of playing regularly for Leverkusen’s first squad.

“I wanted to stay in the Bundesliga. Leverkusen and Dortmund wanted me,”

“Both teams play in the Champions League but I thought Dortmund would use rotation more than Leverkusen. That’s why I chose Leverkusen over Dortmund. It’s really important to play regularly at my age.”

Since then, Mohamed Salah and Sadio Mane are undoubtedly the two most notable players that Klopp has had the pleasure of managing at Anfield. The German has handled a multitude of elite attacking players both at Dortmund and now Liverpool.

Son, on the other hand, has now made 344 appearances for Tottenham in all leagues, scoring 136 goals and dishing out 76 assists, but he has yet to take home a significant prize in his professional career.

Son is expecting to regain his form when he plays for South Korea at the 2022 World Cup after having a challenging start to the 2022–23 season under Antonio Conte.

After needing surgery on his eye socket as a result of a collision in the 2-1 Champions League victory over Marseille earlier this month, the 105-cap international became a serious question mark.

However, Son has stated on Instagram that he will be traveling to Qatar: Hello, everyone. I just wanted to take a second to express my gratitude for everyone’s supportive words that I have received over the past week. I’ve read a tonne of them and I genuinely, sincerely thank you all. You gave me a lot of support during a trying period!

“Playing for your country at the World Cup is the dream of so many children growing up, just as it was one of mine too. I won’t miss this for the world. I can’t wait to represent our beautiful country, see you soon.”

Son was unable to assist Tottenham in the EFL Cup on Wednesday night as Conte’s team fell to Nottingham Forest 2-0 on the road in the third round, while Klopp’s Liverpool defeated League One team Derby County on penalties after a scoreless draw at Anfield in regulation.