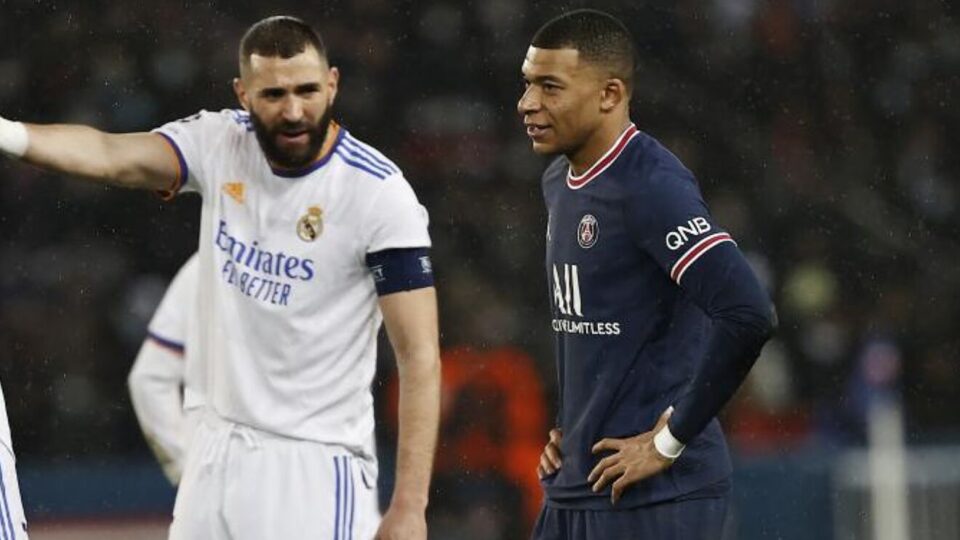 Karim Benzema, the Real Madrid striker, has spoken out against Kylian Mbappe choosing to stay at Paris Saint-Germain rather than joining the Spanish side.

Real Madrid recently won the Champions League against Liverpool and became the champions of Europe for the record 14th time. While a potential Ballon d’Or winner for this year Karim Benzema had his say about the Real Madrid Mbappe saga.

Benzema on Mbappe staying at Paris

Real Madrid recently won the UEFA Champions League for a record 14th time after defeating the Merseyside club Liverpool. While Karim Benzema who had a major role to play in the Los Blancos UCL struck 15 goal to become the leading scorer in this seasons tournament.

However, he failed to score in the finals while Vinicius Junior’s goal was enough to make the Spanish giants the European champions. While before the UCL final, Benzema was asked to give his opinion about Mbappe snubbing Madrid.

But the Frenchman denied expressing his thoughts and said at the moment his focus is on the UCL final at Paris. Thus, after winning the title, the 34-year-old recently spoke out about his national teammate’s snubbing Real Madrid.

Following the expiration of his contract in Paris, Mbappe was highly expected to join Los Blancos on a free transfer this summer. Moreover, some sources also revealed that he had apparently already finalised terms with Real ahead of his expected move.

However, the 23-year-old made a sensational U-turn on his future, signing a three-year contract deal with PSG rather than joining Real Madrid.

In an interview with French outlet Telefoot, the Real Madrid forward said

“I would have liked him to be able to fulfil his dream of playing for Real Madrid, being together.”

“He chose PSG, we must respect him. It is his choice; he has many responsibilities.”

“We will enjoy playing together in the national team. Everyone makes their own decisions”

“Real Madrid is Real Madrid; I am not disappointed. We are good friends, it will not affect our relationship.”

Following Benzema’s restoration to the France national team in 2021 after a five-year sabbatical, the two have forged a solid combination in the last 12 months.