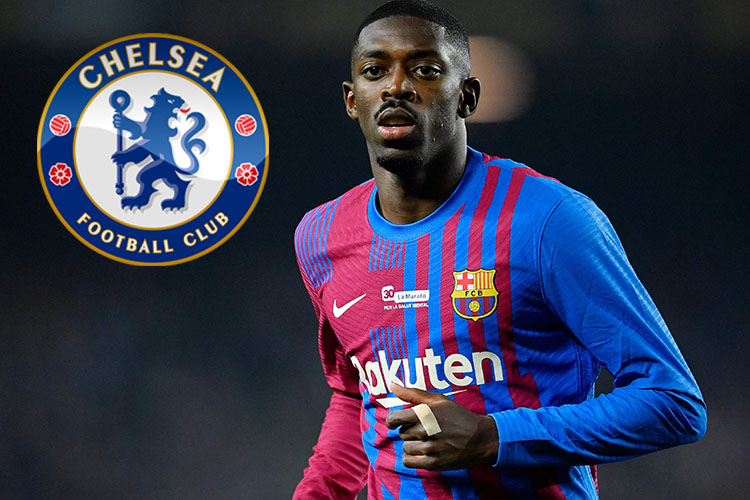 According to reports, Chelsea has reached an agreement to sign Barcelona winger Ousmane Dembele on a free transfer this summer.

The Blues will kick off their new season under their new owner Todd Boehly and will be looking to make a squad that can compete with the likes of Manchester City and Liverpool and the Premier League title as well. The summer transfer window will begin on 10th June.

Clubs in the race to sign the Barcelona forward Ousmane Dembele

The Frenchman’s future has been a subject of speculation for almost a year, with the Catalan club and the player still unable to agree on a contract extension. The 25-year-old was linked with some of top European clubs in the January transfer window.

While the current links suggest that Dembele is also been contacted by Liverpool and Paris Saint-Germain over the coming weeks.

However, according to Mundo Deportivo, Thomas Tuchel’s Chelsea are getting closer to concluding a deal with the Frenchman. With Dembele’s contract terms coming to an end with Barcelona in June, the winger is certain to make a move out of Spain.

Meanwhile, with permission from both the Premier League and the UK government, the sale of Chelsea to Todd Boehly’s consortium is getting closer. This will allow Tuchel to move forward with his preparations for the forthcoming transfer window.

If a deal for Dembele is completed, the winger and Tuchel will be reunited after working together at Borussia Dortmund in the 2016-17 season. While Dembele was subsequently moved to Barcelona for a cost that could reach €145 million (£123.2 million).

During his stay at Camp Nou, Dembele has scored 32 goals in 150 appearances over a five-year injury-plagued stint. With Chelsea leading the race to sign the French forward a deal might be announced soon completing the Chelsea takeover procedures.

Liverpool sets up a cut-price for their forward Sadio Mane