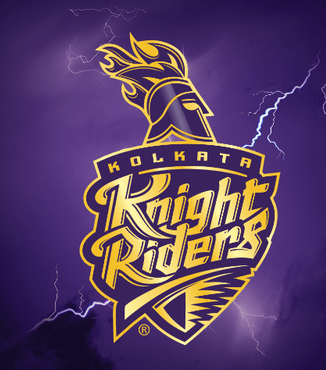 The Kolkata Knight Riders popularly called KKR are a franchise cricket team representing the city of Kolkata in the IPL. The franchise is owned by Bollywood actor Shah Rukh Khan, actress Juhi Chawla and her spouse Jay Mehta. The official theme of the team is Korbo, Lorbo, Jeetbo Re (we will perform, fight and win!) and the official colours are purple and gold.

The franchise, which has gained immense popularity due to its association with celebrity owners, qualified for the IPL playoffs for the first time in 2011. This also gave them the eligibility to play in the Champions League Twenty20. They eventually became the IPL champions in 2012, by defeating Chennai Super Kings in the final. They repeated the feat in 2014, defeating Kings XI Punjab. The Knight Riders hold the record for the longest winning streak by any Indian team in T20s (14).

The leading run-scorer of the side is Gautam Gambhir, while the leading wicket-taker is Sunil Narine. The brand value of the Knight Riders was estimated at $104 million in 2018, second highest among IPL franchises.