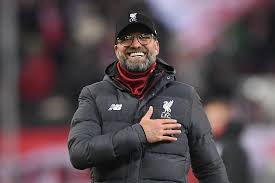 Liverpool was going great until a series of injuries started to knock at its doors. One after the other the impact players have been hit by injury woes. First, it was Van Dijk, now Fabinho, which has left Jurgen Klopp in dire straits, wondering where his luck has gone.

The Brazilian Fabinho, who has been manning the center-half for the injured Dutchman Van Dijk, was compelled to go off the field just 28 minutes into Tuesday’s 2-0 win over Midtjylland.

The Reds’ defensive options are stretched to the limit with Virgil van Dijk out for months and Joel Matip still not back in training after an unknown muscle injury sustained on his return to first-team action at Everton 10 days ago.

Although it has been all smiles for so long at Liverpool, its grimaces and frowns at Anfield right now. And it has nothing to do with results, either.

They won again on Tuesday, shoving their way past a spirited FC Midtjylland in their first home Champions League game of the season.

Liverpool’s problems at center-back are perennial. Now, with Fabinho limping off here does little to assuage their concerns.

Their 2-0 triumph wasn’t pretty, secured courtesy of second-half goals from Diogo Jota, and substitute Mohamed Salah. However, it catapults them to a commanding position in their group although victory may well have come at a cost.

The Brazilian, filling in at the back following injuries to others, lasted just 28 minutes before pulling up with a problem. He fell to the turf, shook his head, and appeared to clutch at the back of his right leg. Maybe a hamstring, perhaps? This is something Jurgen Klopp wouldn’t need right now.

“He (Fabinho) said he could have played on, but no sprints, which doesn’t help,” the manager lamented afterward. “We’ll see what happens. We’ll know more after a scan.”

However, these are problems and uncertainties the manager could well do without, especially so early in the campaign. The challenging seasons have just started with barely two months into it, but Liverpool are being forced to mend and make do, which is a bit of a concern for Klopp.