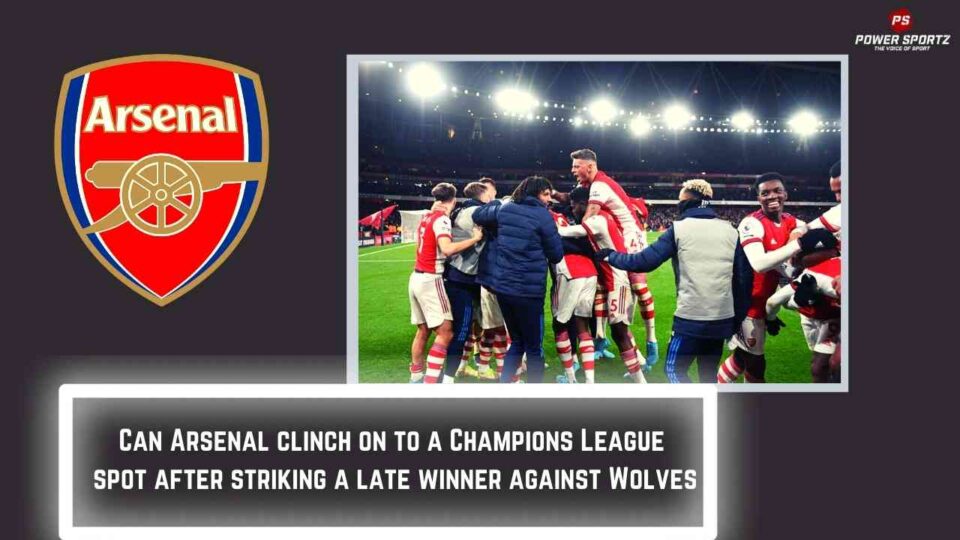 Alexandre Lacazette strikes a late winner with some assist from the Wolves goalkeeper to put Arsenal in the frontline to clinch the 4th spot in the Premier League table.

It was an intense game right from the first whistle blew. The Gunners were looking threatening in the initial seconds and nearly secured a spot-kick. However, the goal arrived at the other side of the turf with a mistake from Gabriel, whose miscalculated pass gifted the ball to Hwang. The Wolves forward kept his composure to finish from a tight angle and gave The Wanderers an early lead.

On the other side, Arteta’s side kept creating chance but were unfortunate to not get an equalizer in the initial half. Thus, the first half finished with a goal in favor of Bruno Lage’s side.

Mikel Arteta’s team were up to something which they have never done in a Premier League game since Arteta’s arrival and i.e. coming from behind after the HT. Meanwhile, Arsenal’s no. 9 was leading the frontline by creating a lot of chances but couldn’t manage to put the ball past Jose Sa’s net.

The Gunners never gave up and eventually got their equalizer in the last 10 minutes. Nicolas Pepe’s swift turn and finish lighted up the Emirates and Arsenal were back into the game.

Moreover, the French forward stole the 3 points with almost the last kick of the game as the Wolves goalkeeper was unable to grab the shot which eventually resulted in a late winner for the Gunners.

Wolves record of going unbeaten from scoring first finally broke down after 45 such matches since November 2018. The Wanderers had not lost a single game when they opened the scoring since their defeat against Cardiff (1-2).

Meanwhile, Arsenal have lost just once in their last 9 Premier League fixtures. Out of the nine, the Gunners have won 7, drawn and lost one against the champions.

Jose Sa’s own goal was Arsenal’s latest winning goal in a Premier League fixture since January 2017. It was when Alexis Sanchez converted a spot-kick against Burnley after 97 minutes and 14 seconds.

Arsenal manager Mikel Arteta was quite happy with his team’s performance. During the post-match interview, Arteta said

“It was an important win for us. The way we won it creates such a belief and togetherness and an atmosphere and cohesion with our fans as well and that’s extremely necessary. This is a really young squad and we need that.”

Meanwhile, Wolves manager Bruno Lage was disappointed to not get any points out of the game. However, he was ‘proud’ of his team’s performance. Bruno said

“I’m proud, the word is proud, of what we did here against this team in this stadium.”

What’s next for Arsenal and Wolves?

With 2 games in hand and only a point behind Manchester United, Arsenal will now make a visit to Vicarage Road to face Watford.

Meanwhile, Wolves have another challenge ahead of them as they travel to London on Sunday to face West Ham United.