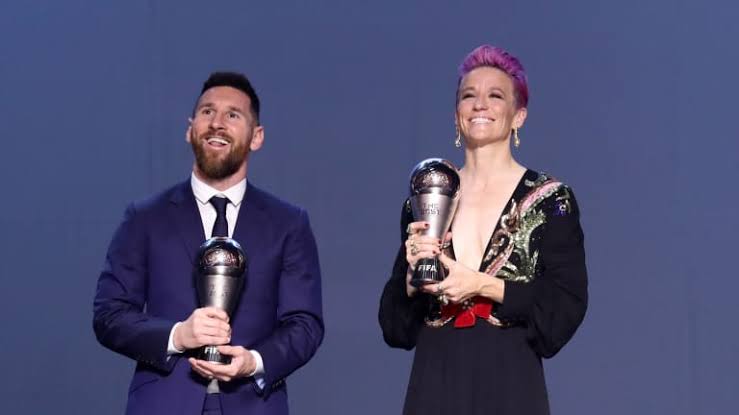 A masterclass, a contemporary magician, Lionel Messi picked his sixth Ballon d’Or, a record, on Monday. The women’s award went to the USA World Cup superstar Megan Rapinoe. While Rapinoe could make it to the ceremony, but Messi was there with his wife in tow and two children to collect his coveted prize.

Messi last received a Ballon d’Or in 2015. He pipped rival Christiano Ronaldo to bag this year’s award. While receiving the award from last year’s winner Luka Modric, Messi reminisced his first Ballon d’Or a decade back. He was just 22 years old.

“It is 10 years since I won my first Ballon d’Or here in Paris and I remember coming here with my three brothers, I was 22 and it was all unthinkable for me what I was going through,” said Messi while receiving the award on stage.

Messi was closely followed by Van Dijk who came second. “Unfortunately there are a couple of players like him who are a bit unnatural. Six times Ballon d’Or — you need to respect greatness as well,” said Van Dijk.

For Rapinoe also it was an incredible one year and receiving the award is a great achievement for her. She was the star of the Women’s World Cup for USA.