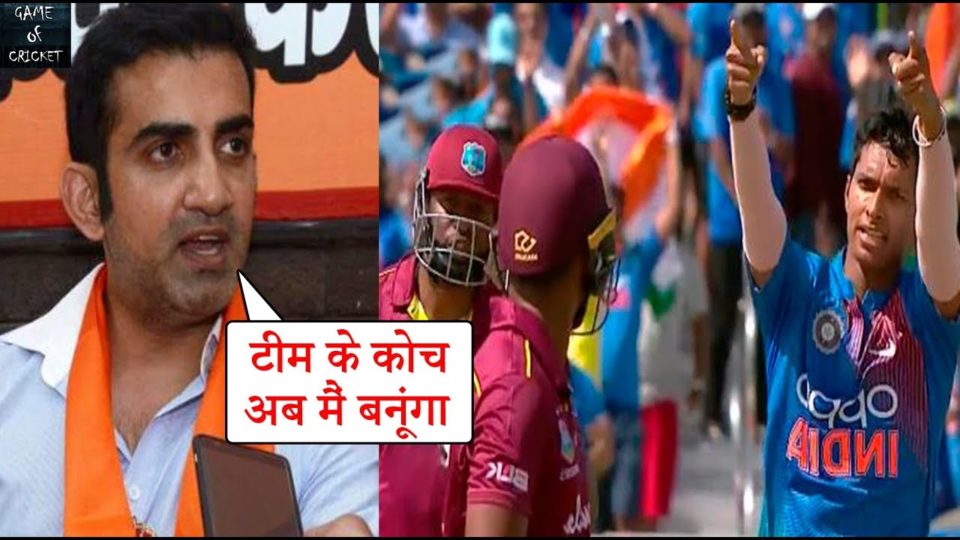 Navdeep Saini, who debuted for India in the 1st T20I against the West Indies, demonstrated brilliant clinical bowling. In his four overs, he scalped three wickets and ceded 17 runs including one maiden.

Back home, one man was more than happy for Navdeep, whom the bowler had always credited for his foray into mainstream cricket in the country, none other than former India and Delhi captain, Gautam Gambhir. Gautam got Navdeep to get entry into the Delhi team. However, it wasn’t a cakewalk as there was stiff opposition from a couple of DDCA members five years back. Gambhir was opposed by Bishan Singh Bedi and Chetan Chauhan when he tried to rope in the Haryana pacer for the Delhi team.

So, the moment Navdeep took two quick wickets against the West Indies, Gambhir was also equally swift to take potshots at the antagonist DDCA members via his Tweeter handle. “Kudos Navdeep Saini on ur India debut. U already have 2 wkts even before u have bowled-@BishanBedi & @Chetan-ChauhanCr. Their middle stumps are gone seeing debut of a player whose cricketing obituary they wrote even before he stepped on the the field, shame!!!”, Gambhir Tweeted.

However, Bedi and Chauhan took serious umbrage to this faux pas by Gautam Gambhir and have retorted with sharp comments. A fumed Bedi said, “I don’t wish to stoop so low to conquer.” On the other hand, Chetan Chauhan, who is now the Sports Minister in the UP government said that he was merely following the protocol by thwarting Navdeep’s direct entry into the Delhi team. Gambhir even threatened to quit Delhi team, said Chauhan. The then DDCA president Arun Jaitley had intervened and advised them to call a truce and not make it a public spectacle.