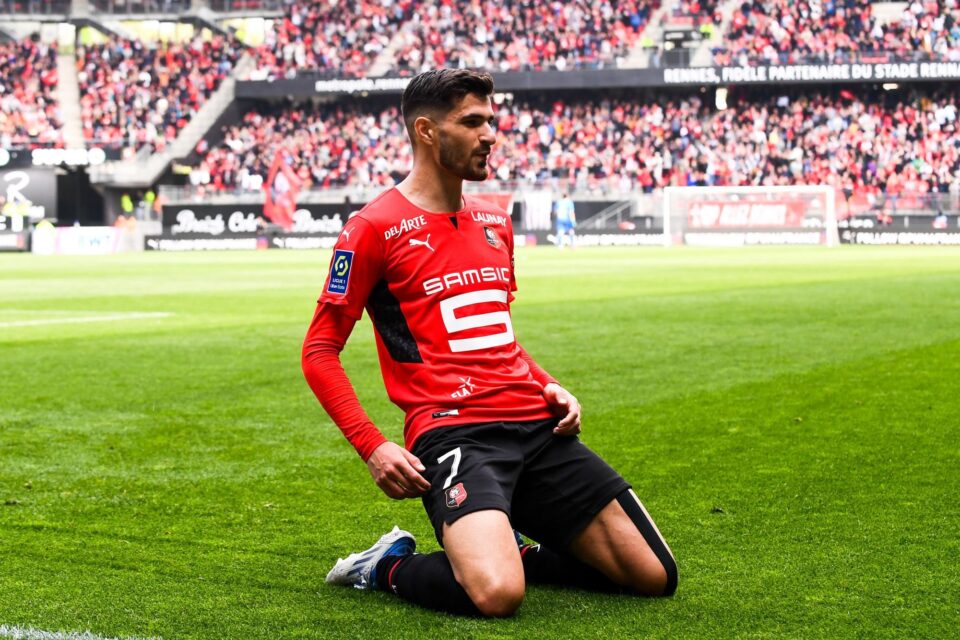 Rennes forward Martin Terrier has reportedly been targeted by Liverpool as a possible replacement for Sadio Mane this summer.

The Liverpool forward Sadio Mane recently was in news for parting ways with the Merseyside club after the Reds loss to Real Madrid in the UEFA Champions League final. Thus, now, Liverpool have started searching for his replacement.

The 30-year-old, Mane, has been heavily linked with a move away from Anfield, despite the fact that one report claims he has yet to declare his desire to leave.

The Senegalese forward is approaching the end of his Liverpool contract, and Bayern Munich are reportedly interested in signing him.

If Mane leaves Liverpool this summer, the Daily Mirror reports that the Reds would pursue Rennes’ sensation Terrier. The reports also add that the Reds were tracking the French international for some time.

In 38 games across all competitions, the 25-year-old joined Rennes from Lyon in the summer of 2020, scoring nine goals and assisting eight times. Terrier’s playing has reached new heights this season, with 21 goals and four assists in 37 Ligue 1 outings.

Moreover, only Kylian Mbappe (28) and Wissam Ben Yedder (25) scored more in the French top flight this season than Terrier.

Liverpool could face competition for Terrier, who is under contract with Rennes until June 2025, from Tottenham Hotspur for his signature.

Meanwhile, the Reds were also being linked to make a move for Darwin Nunez, who recently left an impressive imprint while performing brilliantly in the UCL. However, Liverpool are facing tough completion from Manchester United for the Uruguayan’s signature.

Thus, we will have to wait and see who eventually replaces the Liverpool forward Sadio Mane at Anfield.