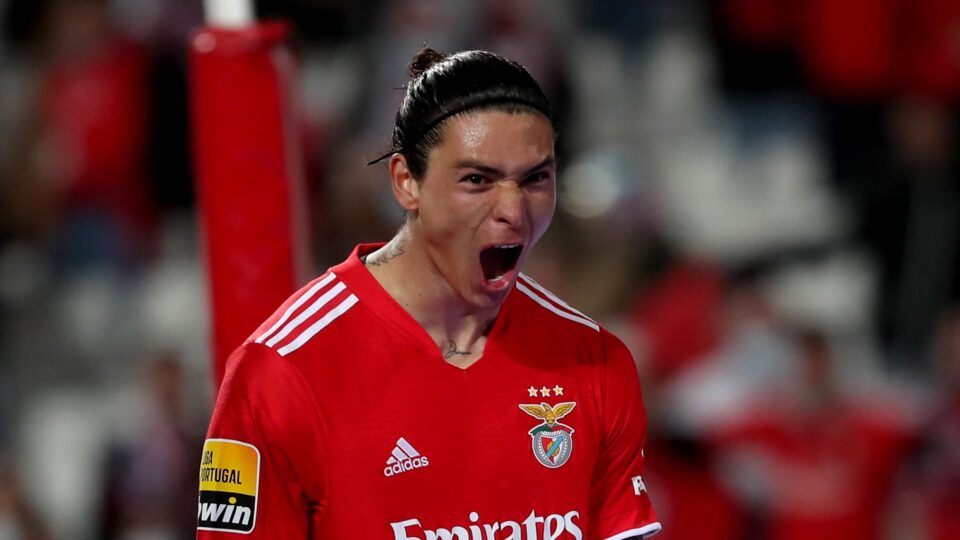 Liverpool and Manchester United are allegedly interested in signing Darwin Nunez of Benfica.

The two English rivals will battle for the signature of the 22-year-old as the Reds and the Red Devils eye for bringing the attacker at their respective clubs as soon as the transfer market window opens.

Who will win the race for Darwin Nunez?

Liverpool and Manchester United have reportedly upped their interest in signing Benfica forward Darwin Nunez. The 22-year-old has just completed his most fruitful season to date, scoring 32 goals in both the Portuguese top flight and the Champions League.

Nunez is anticipated to join a bigger European club in the following week as soon as the transfer window opens up. With Premier League and continental clubs keeping an eye on the situation, Nunez will certainly make a move away from Portugal this summer.

Representatives of the Uruguayan international have been in talks with a number of English clubs, including Liverpool and Manchester United.

Reports from Football Transfers indicate that the Reds and the Red Devils both are desperately looking for signatures of the Benfica forward. At one end, Liverpool have an advantage as the youngster will be hoping to play in the Champions League next season.

Nunez is reported to want to stay in the Champions League, but the report claims he could be enticed to move to Old Trafford. Meanwhile, Newcastle United and Tottenham Hotspur are also said to be admirers of the youngster.

However, it’s unclear whether they’ll be able to compete with their fellow Premier League clubs.

Thus, Darwin Nunez future looks certain in the Premier League next season but for which club, it remains to be seen. While looking at the managers and Europen competition, the Reds defiantly have an upper hand over the signatures of Nunez as compared with their rivals the Red Devils.