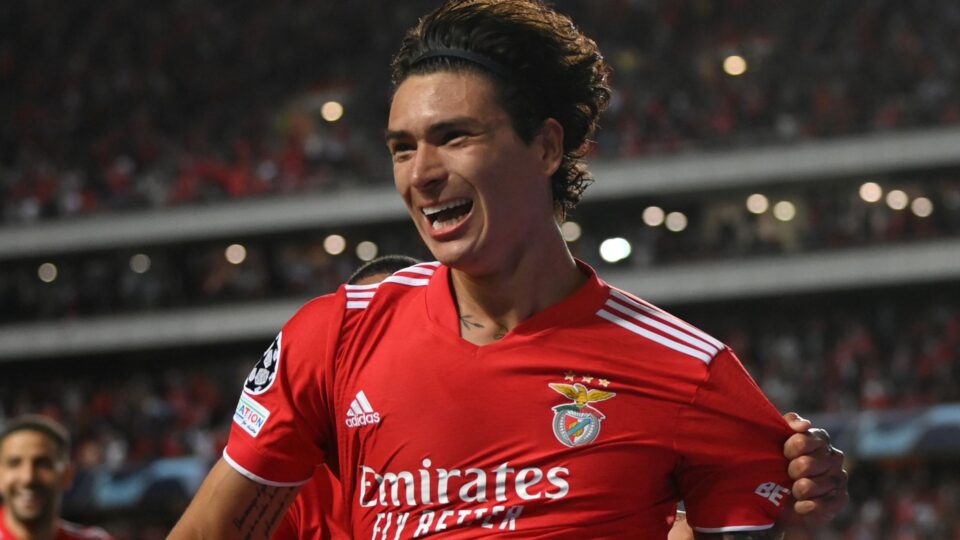 Darwin Nunez of Benfica has allegedly accepted personal terms with Liverpool ahead of a summer transfer to Anfield.

The 22-year-old had to choose between two of the biggest rivals not only in the Premier League but in the world of football and he chose the Reds over the Red Devils (Man United).

Benfica striker Darwin Nunez has reportedly agreed on personal terms with Liverpool ahead of a proposed move to Anfield this summer.

Nunez had an outstanding 2021-22 season in which he scored 34 goals in 41 appearances across all competitions. The 22-year-old is now termed as one of Europe’s most sought-after attackers and thus he got attention from some the elite clubs.

Jurgen Klopp’s side are expected to make an official offer for the Uruguay international, who is worth roughly £85 million. Moreover, Nunez and Liverpool have agreed on personal terms, according to Sportitalia journalist Gianluigi Longari.

And now the Reds are close to arranging a deal with Benfica for the striker’s permanent transfer to Merseyside. Although Nunez has also been connected with Manchester United, Real Madrid, and Newcastle United in recent weeks.

But the South American appears to be leaning towards a summer move to Liverpool. Meanwhile, Sadio Mane, who is reportedly looking for fresh pastures this summer and has been linked with Bayern Munich, could leave Anfield.

The Senegal international will leave vacant shoes behind at the Merseyside club and it will take some time to fill the position for the Reds. While the arrival of Nunez can do the job for Liverpool and thus they ready to break their bank for the youngster.

Moreover, Jurgen Klopp was also impressed with Nunez during the Reds match against Benfica while their Champions League clash. Thus, he will definitely improve under the German boss.