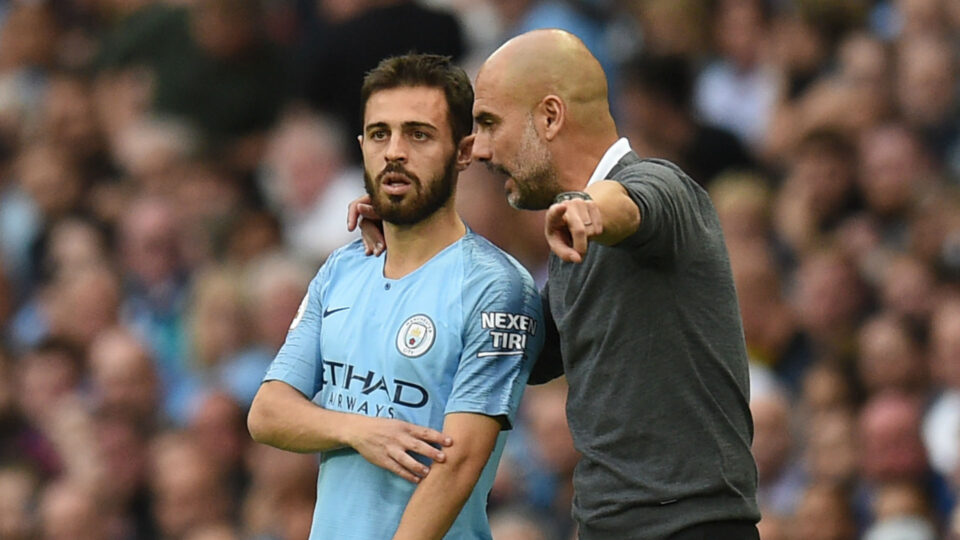 According to reports, Liverpool is prepared to compete with Barcelona and Paris Saint-Germain for the services of Bernardo Silva, a midfielder for Manchester City.

The Portugal international expressed a desire to leave the team last year, according to Pep Guardiola, but he ultimately stayed to help Man City win their sixth Premier League championship.

However, Silva’s future is once more in doubt, as Guardiola has acknowledged he cannot guarantee the former Monaco player will stay at the club past the end of the summer.

“But at the same time if you want to leave, have an offer, clubs come to an agreement. Common sense,”

“He’s an important player, special, but I don’t know what will happen. We didn’t get any offer, last season neither. Bernardo’s ready, training well for Sunday.”

“I talk a lot with Bernardo, with all of them, maybe because I’m getting old and we know each other quite well. I’m more relaxed as a manager with them, I know them.”

“Their feelings, the good and bad moments. But not about this situation, if I have to tell him something I tell him, but we don’t have doubts about the situation. He’s happy, engaged, he has a beautiful dog. He’s happy here, what will happen will happen.”

Bernardo Silva to Liverpool a possibility

Barcelona is rumoured to have informed Man City that they will make a bid for the 27-year-old, but Luis Campos at PSG could sabotage the Blaugrana’s plans. With Thiago Alcantara, Curtis Jones, and Alex Oxlade-Chamberlain all out injured in the midfield,

Spanish outlet Fichajes now claims that Liverpool could suddenly enter the battle for Silva. After Thiago left the game against Fulham due to injury, manager Jurgen Klopp vowed that he would not merely make signings for the short term.

As a result, Liverpool are still without a new lynchpin this summer. And thus, it might be possible that the Reds might lure in Silva this summer.

“I know what will now come up, it’s clear. We said we don’t need a midfielder because we have enough – and we actually have enough, but the problem now is we get punished for something that is not our responsibility really because things like this can happen,”

“Look, a transfer must make sense now and in the long term; we have midfielders, we have still enough midfielders. It is not that we lack midfielders, but it’s just some of them are injured.”

“This is not a good situation, I don’t like it at all, but we have to see how we react on that – but for sure not panicking.”

Ilkay Gundogan was favoured in the middle with Rodri and Kevin De Bruyne during Man City’s opening Premier League victory over West Ham United at the weekend, and Silva was only used as a substitute.

In 251 appearances for Man City in all competitions, the Portuguese playmaker totalled 48 goals and 50 assists. His contract at the Etihad Stadium expires in 2025.