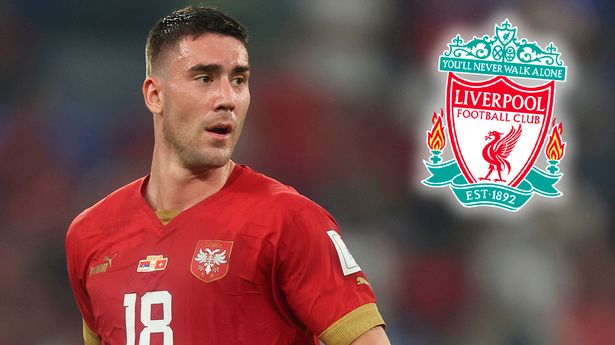 If Darwin Nunez leaves the team soon, Liverpool may look at signing Juventus striker Dusan Vlahovic, according to rumours. Nunez only joined Liverpool in the summer in a £64 million move from Benfica, which, if all add-ons are met, would make him the Reds’ most expensive player ever.

The Uruguayan international’s time with the Merseyside giants has not been smooth, but in 18 games across all competitions, he has produced a decent nine goals and two assists.

Nunez is under Jurgen Klopp’s team’s contract until the conclusion of the 2027–2028 campaign, but there have been rumours that Real Madrid is considering a potential transfer for the 23-year-old.

Karim Benzema, the 2017 Ballon d’Or winner, will turn 35 later this month, and Carlo Ancelotti has reportedly targeted Nunez as a top target. If Nunez is successfully pursued by Los Blancos, Calciomercatoweb says that Liverpool may focus on Juve attacker Vlahovic to fill the vacuum.

According to the article, Nunez moving from Liverpool to Real Madrid is not out of the question, and Klopp’s team has long admired Vlahovic. Due to his outstanding performances with Fiorentina, the Serbian international was reportedly sought after by a number of clubs, with Arsenal reportedly leading the pack at one point in January.

Vlahovic, who turned down Arsenal’s interest in favour of joining Juventus, finished his first half-season in Turin with nine goals in 21 appearances.

In 15 games during the 2022–23 season, the 22-year-old has added seven more goals and two assists to his total, but there have been rumours that he is discontent with his situation at the Allianz Stadium.

Massimiliano Allegri’s team has Vlahovic on a contract through 2026, but the Old Lady have already been eliminated from the Champions League and are 10 points behind Napoli in the Serie A standings.

The same Calciomercatoweb article also states that Juventus would consider bids of €80 million (£68.6 million), which would go toward a big team revamp next summer.

Vlahovic, who has a total of 16 goals and four assists in 36 games for Juventus since January, is also reportedly being watched by Manchester United and Chelsea.

The former Partizan Belgrade player scored Serbia’s lone World Cup goal against Switzerland in their last Group G encounter, although his country finished fourth in the group with just one point from their three games.