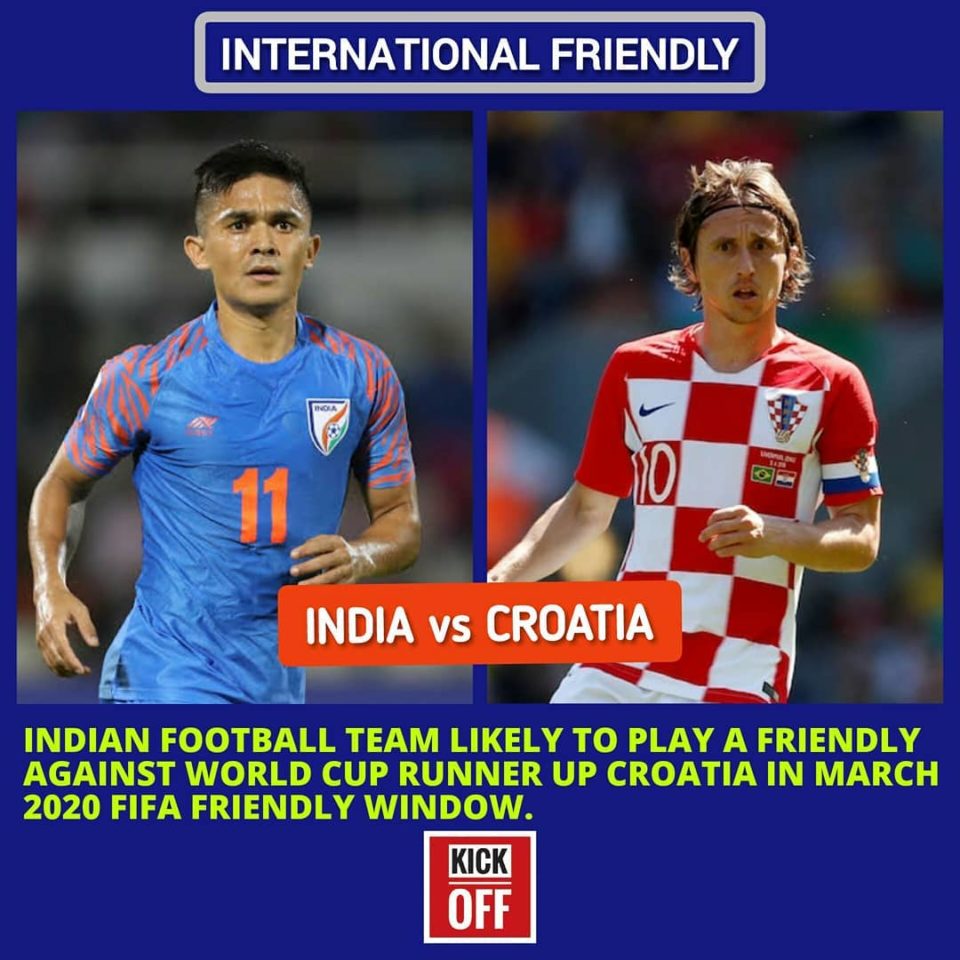 It is great news for the Indian national football team and fans alike as the chances of a friendly match with Croatia are brewing during early next year. It would be the biggest match of their lives if they get the chance to play against the 2018 FIFA World Cup runners-up.

AIFF general secretary Kushal Das recently traveled to the Croatian capital Zagreb and initiated early talks with their federation. The collaboration was about coach education and youth development. It was during this discussion, the possibility of a friendly match was deliberated upon.

It would be a ‘treat’ for Indian football fans if things go as planned irrespective of an anticipated outcome.