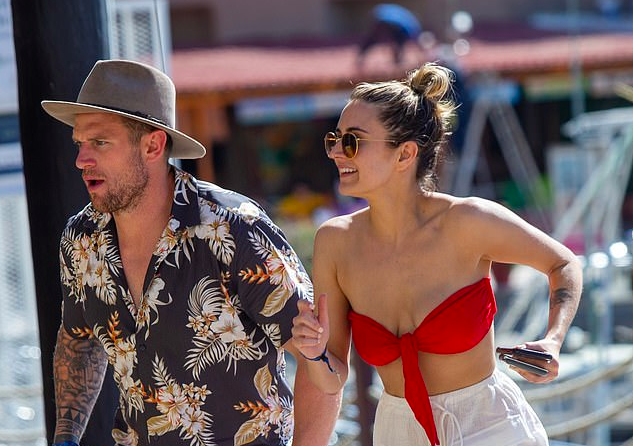 Former rugby league footballer Luke Burgess along with his girlfriend Arianna Vidgen were captured while leaving from their Mexican hotel following a boozy cruise with his fellow rugby league player brother Sam.

Burgess with his new girlfriend looked smitten as they left their hotel. The pair allegedly stayed close while they strolled around in their holiday attire.

Arianna, who is a product developer showed off her stunning figure in a red strapless bikini which was paired with white drawstring shorts. While Burgess was seen flaunting his buff frame in a mismatched Hawaiian print shirt and shorts.

The couple is in Mexico in order to celebrate the 50th birthday of Sean Garlick.