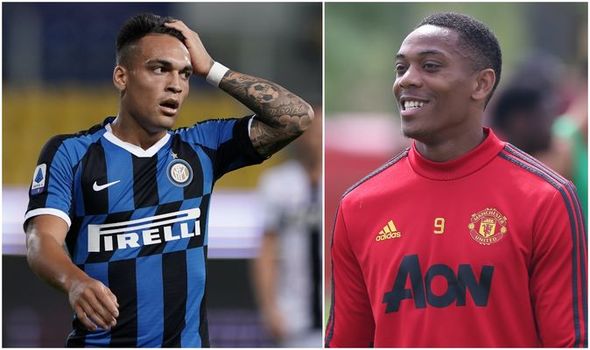 Manchester United are said to be willing to pay £42 million and move Anthony Martial to San Siro in order to get Inter Milan’s Lautaro Martinez.

While Cristiano Ronaldo is expected to stay at Old Trafford for the 2022-23 season, the fates of United’s other strikers are all up in the air ahead of the summer transfer market.

Strikers who will possibly not play for United next season

While Ronaldo is expected to stay for one more year but the future of other Red Devils strikers looks highly uncertain.

When his contract expires, Edinson Cavani is set to leave as a free agent, and the 35-year-old is reportedly close to joining Boca Juniors in South America.

Meanwhile, Marcus Rashford has been linked with a summer transfer due to his troubles for form and starts under Ralf Rangnick, but he could be given a lifeline under new boss Erik ten Hag.

Following his arrest earlier this year, Mason Greenwood has been suspended by the club.

Anthony Martial is set to return to Manchester United after a disappointing loan spell with Sevilla this summer. Thus, the Red Devils ae looking to get rid of the French forward.

As a result of which Man United are willing to offer cash plus Martial in pursuit of Martinez. However, Martinez and his representatives have always stated that the South American is pleased with his current situation at San Siro.

Inter are also not interested in bringing Martial to the club this summer, according to Barzaghi. Meanwhile, considering their recent financial difficulties, Inzaghi’s side is said to be open to a cash sale. But Martinez’s recent contract extension puts them in a strong position to demand a large fee.

Moreover, Martinez’s preferred destinations, if he were to leave in the summer transfer window, are said to be Manchester City and Liverpool.

However, United are desperately looking to sign a young striker in the upcoming transfer window. Although the scenario for Martinez arriving at Old Trafford looks highly unlikely at the moment.