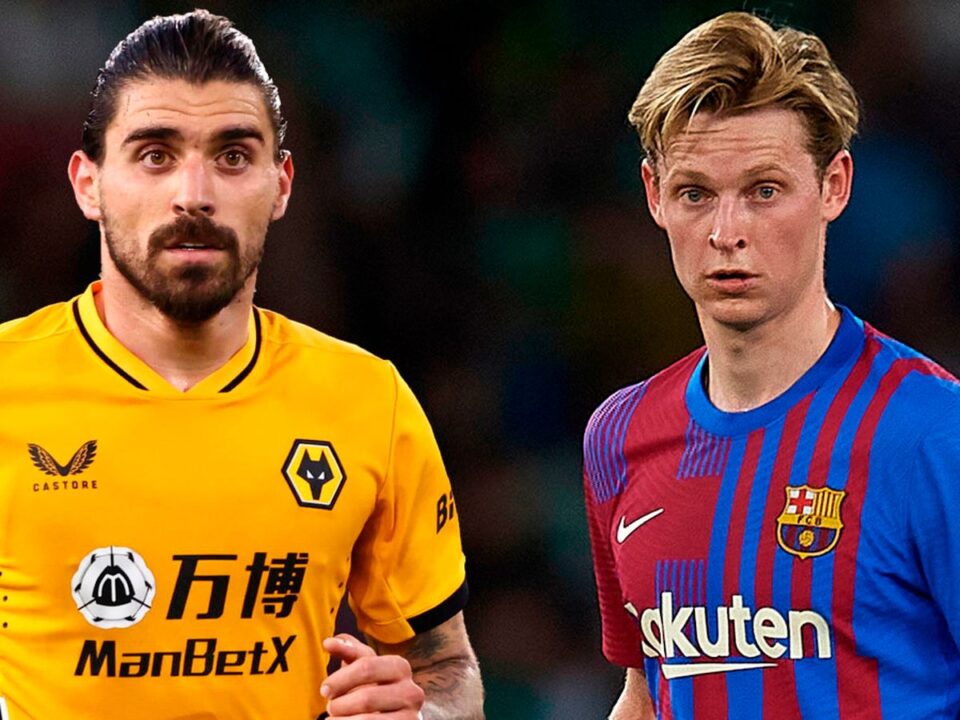 If Manchester United is unsuccessful in their pursuit of Barcelona‘s Frenkie de Jong, it is said that they will turn their attention to Wolverhampton Wanderers midfielder Ruben Neves.

The Manchester-De Jong saga continues to be in the News and finally, now the Red Devils have started finding alternatives.

With the Premier League set to kick-off this weekend, Erik ten Hag is looking to complete is hunt for the midfielder before the initial match. Thus, if Frenkie de Jong deal falls through the Dutchman has a back up plan.

The Red Devils and the Catalan giants have been negotiating a transfer for De Jong, who is thought to be Erik ten Hag’s top choice, throughout the summer window. Despite the player’s repeated statements that he has no plans to leave Camp Nou, Barca is reportedly willing to cash in on the Dutchman given their dire financial situation.

According to a recent rumour, United have agreed to pay the £17 million that the midfielder is owed by Barcelona in deferred wages, It can turn out to be signalling a breakthrough in their discussions to recruit De Jong.

With only five weeks left in the transfer window, Man United must still examine their options since De Jong’s possible move to Old Trafford is still uncertain. If Ten Hag’s team is unsuccessful in luring De Jong to the club this summer, Sky Sports News reports that they may mark a move for Neves.

Neves or de Jong, who will be a better fit at Man United?

The 25-year-old, who has two years left on his contract at Molineux, has long been a target for the Red Devils, the report states. With 24 goals and 12 assists in 212 appearances across all competitions since moving to Wolves from Porto in 2017, Neves has been a key player for the team.

Neves may have competition for his services from Barcelona as well as former North London rivals Arsenal and Tottenham Hotspur.

The Portugal international was given a £100 million price tag by Wolves head coach Bruno Lage in April, and he recommended that the team consider extending the midfielder’s contract.

“What I know is we have a special player here with us,”

“When you have that player, the best thing to do is improve his salary and years of contract. But who knows, when you have a top player like him in that specific position, that can defend and attack, and is a top professional and a great man, the big teams are there with £100m to buy these kinds of players.”

Man United is rumoured to be keeping an eye on Youri Tielemans of Leicester City, who could be available for approximately £30 million this summer as he is entering the final year of his contract.