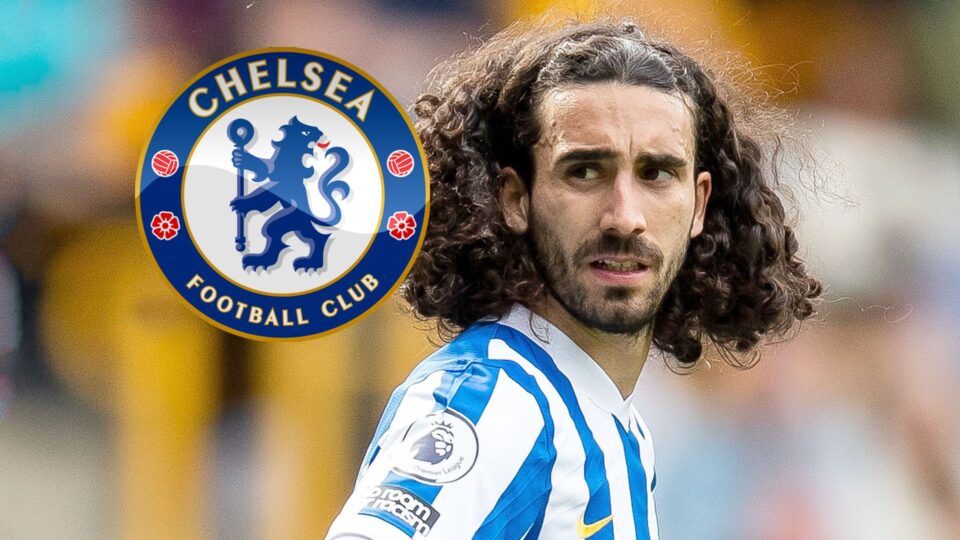 According to reports, Chelsea is getting closer to signing defender Marc Cucurella from Brighton & Hove Albion.

After Rudiger’s departure, the Blues boss Thomas Tuchel was instantly looking to for signing a defender and the German got in Napoli’s Kalidou Koulibaly. However, many first-team players were looking for a move away from the London club. Which also included names like Andreas Christensen, Marcos Alonso, and Cesar Azpilicueta.

While Christensen has already made his move to Camp Nou, the other two are also looking to follow the same path. Thus, Tuchel is looking to increase his options at the backline in case there are more outgoings.

Manchester City has reportedly been considered the favourite to sign the Spaniard throughout the whole summer transfer season. But Brighton supposedly ended talks with the Premier League champions over the weekend after City allegedly refused to accept their £50 million asking price.

Since then, it appears that Chelsea has swooped in to try to recruit the left-sided winger in order to provide their team with another defensive alternative. Fabrizio Romano, the transfer analyst, claims that Chelsea and Cucurella have already settled on personal matters.

Romano claims that a contract proposal will become official once the clubs agree on a fee, despite the fact that it appears to have merely been agreed in theory.

That is anticipated to be a formality, as Chelsea is content to present the Seagulls with two options in order to complete a trade. Chelsea are reportedly open to including Levi Colwill in any trade, despite the numerous claims that Brighton would receive £50 million in a direct fee.

The defender is well-liked at Stamford Bridge and performed admirably on his season-long loan to Huddersfield Town, but the 19-year-old needs more first-team action in 2022–23 which might not happen if he moves to Stamford Bridge.

The possibility does not seem to be in Thomas Tuchel’s plans for the upcoming season, despite Chelsea’s limited choices in the centre of defence.

However, it is currently unknown whether Chelsea would be willing to offer Colwill out on a season-long loan agreement or sell him to drastically lower a transfer cost.

Ben Chilwell would face strong competition from Cucurella if he were to conclude a move to Stamford Bridge for the left wing-back position.

Nevertheless, depending on the formation Tuchel chooses, the 24-year-old could also play at left back or on the left side of a back three.

The former Barcelona and Getafe player made 35 Premier League starts for Brighton last season, winning Player Of The Year honours for the team.