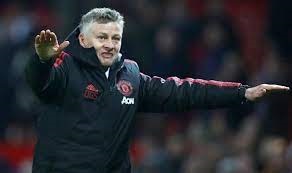 Man United confirm that Ole Gunnar Solskjaer is getting a renewed contract irrespective of a title or not this season. United are committed to handing the Norwegian a new deal.

Man United haven’t won any trophy under Solskjaer and had to forgo another chance when they were knocked out of the FA Cup by Leicester City before the international break.

Sources say that Ole doesn’t have to win silverware to regain a fresh contract. United are still on the hunt for the Europa League after drawing against Spanish side Granada in the quarterfinals.

The 48-year-old inked a three-year contract when he became the permanent manager in March 2019 and will enter the final year in the summer.

United chiefs believe they have already seen enough progress, both on and off the field, to offer Solskjaer a new deal.

Both sides are relaxed about the situation, although the club is conscious that allowing Solskjaer to get too far into his final year could cause an unwanted distraction.

It is well known that United are already planning for a protracted future under Solskjaer, who was consulted about the decision to appoint John Murtough as football director and Darren Fletcher as technical director.

Solskjaer’s equation with Murtough and Fletcher was instrumental in both getting the jobs.

Solskjaer has brought steady improvement on the pitch. United finished sixth in the Premier League in 2018-19 and last season finished third to return to the Champions League. With nine games to go this season, United are second and poised to secure consecutive top-four finishes for the first time since Sir Alex Ferguson retired in 2013.