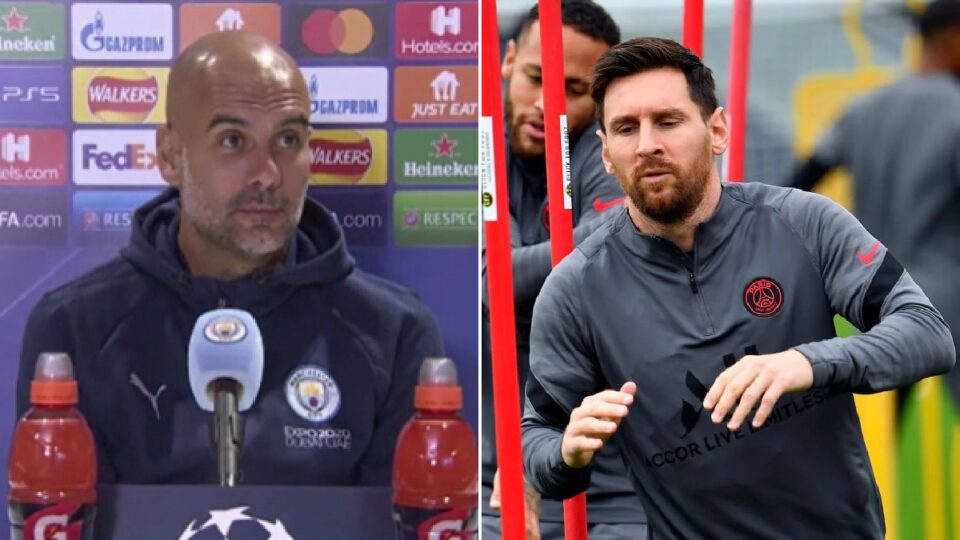 If Lionel Messi leaves Paris Saint-Germain at the end of the current season, Manchester City might rekindle their interest in the forward. When it became evident that the seven-time Ballon d’Or winner would no longer be wearing the Barcelona jersey in 2021,

Pep Guardiola’s team was first connected with a bid for him. Due to the enormity of the financial operation, PSG and Man City were regarded as the only two possible options for Messi. The French champions won the battle to recruit the Argentina international on a two-year deal with the option of a third.

However, Messi didn’t perform at his peak during his first season with Les Parisiens, and he was expected to leave the French city after just one campaign. The 35-year-old, who chose to remain at the Parc des Princes, has performed admirably for Christophe Galtier’s team this season, but it is unclear what will happen to him after the summer.

Before leaving as a free agent at the conclusion of the season, Messi could begin pre-contract negotiations with international teams in January. Barcelona president Joan Laporta has regularly expressed his desire to bring the striker back to Camp Nou.

Since City spent £100 million on Jack Grealish in 2021, they were unable to afford to sign Messi, who reportedly would have jumped at the chance to reunite with Guardiola.

Messi’s primary goal right now is the 2022 World Cup with Argentina, and PSG will work to sign the forward to a new deal after the competition.

Messi comments on his future, will he leave Paris to join Man City?

In a recent interview with Le Parisien, the seven-time Ballon d’Or winner hinted that he would want to stay in France.

“I like Paris a lot more now, I have discovered the city and I find it magnificent.”

“In the first year, there was a huge change. Things happened very suddenly, it was not my objective to leave Barcelona, and everything about it was very abrupt.”

“After this long period and the difficult times, I am happy to live where I live, and my family and I are enjoying Paris. It was hard at the start, we had stayed all our lives in the same place, I had never moved, and I did not know what it was like to leave.”

“We did not expect this, it happened very quickly, and we had to leave Barcelona overnight. We found ourselves in a new environment.”

“We had our life in Barcelona, our friends, our habits, and we found ourselves in a different place, with another language, another football, another climate, I suffered a lot from that. It was hard. But, today, I enjoy everything including football.”

In 19 games this season while wearing the PSG jersey, Messi has tallied 12 goals and 14 assists, bringing his career totals for the club to 23 goals and 29 assists in 53 games since joining last summer.

The PSG player recently participated in Argentina’s individual training, but it is anticipated that he will be cleared to play for Argentina in their World Cup opening against Saudi Arabia in Group C on Tuesday.