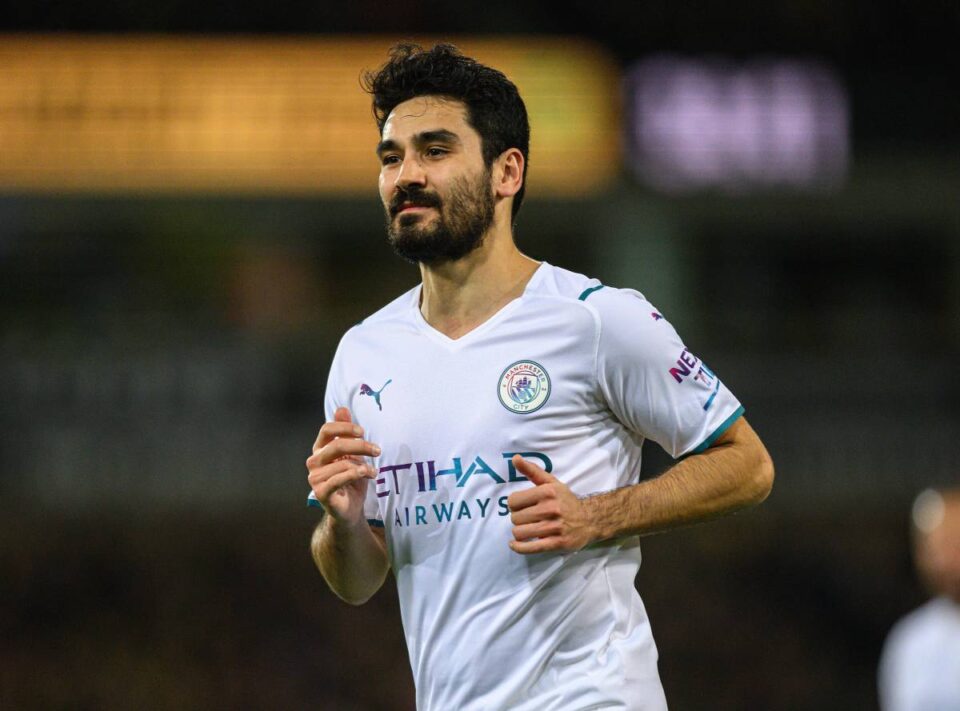 Ilkay Gundogan’s contract is allegedly up for renewal, according to Manchester City. Gundogan has made 280 appearances for Man City since transferring from Borussia Dortmund in 2016, So far, the midfielder has scored 51 goals and dished up 15 assists in the process.

He has four Premier League championships, one FA Cup, four EFL Cups, and two Community Shields to his name while playing with the Citizens. Despite being a key member of the City squad, there are concerns over his future.

Because his current contract is slated to expire at the end of the current campaign. According to reports, several European teams have expressed interest in Gundogan, including the league’s current leaders Barcelona.

According to a recent source, Barcelona is interested in signing the former Borussia Dortmund player while Gundogan is now available to negotiate a pre-contract agreement with overseas teams.

Moreover, Franck Kessie is rumoured to be willing to leave the Catalan giants, and Xavi’s team is trying to improve their midfield as Sergio Busquets’ contract expires in June.

Ilkay Gundogan to sign a new contract with Man City?

Although there have been recent rumours that Gundogan had already reached a deal with Barcelona for a January move, but as of now it appears that no such agreement exists, and he may be staying in Manchester.

The Athletic claims that Man City have started contract negotiations with Gundogan and are still eager to keep his services.

Man City is hoping that Pep Guardiola’s decision to extend his contract by an additional two years until 2025 will convince Gundogan to sign a new contract. According to the article, the German may be hesitant to go to Spain because his wife, Sara Arfaoui, will soon give birth to their first child.

The 32-year-old participated throughout Sunday’s home game against Wolverhampton Wanderers, which the team won 3-0 with a hat-trick from Erling Braut Haaland. This season, Gundogan has made a total of 27 appearances in all competitions, contributing two goals and two assists.

Man City and Arsenal will face off in the FA Cup fourth round on Friday rather than in the Premier League, where Man City now occupies second position and is five points behind leaders Arsenal.

New Zealand lose No. 1 spot as India closes on to the Apex of ODI rankings