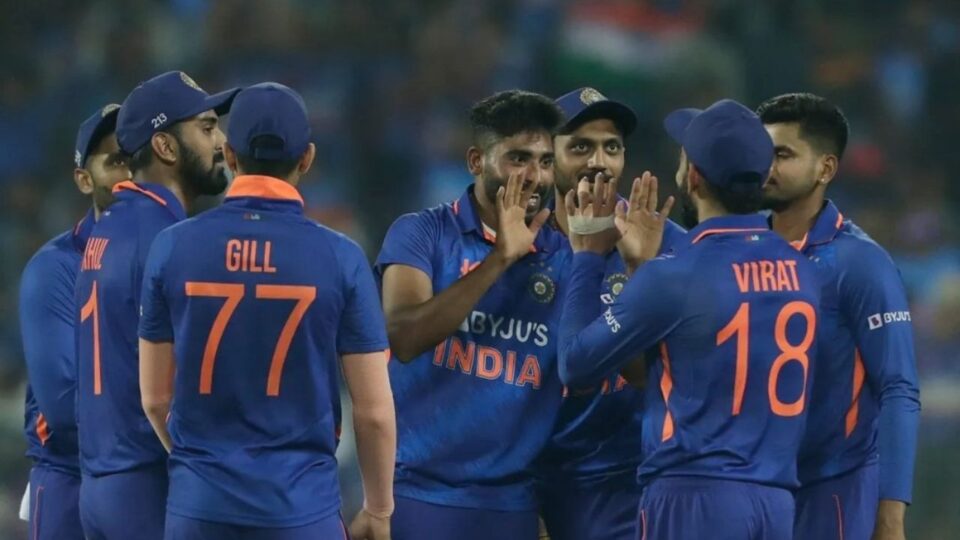 On January 21, New Zealand lost the second of a three-match ODI series against India in Raipur by an 8-wicket margin, thus, as a result of which the Black Caps have dropped to No 2 in the ICC ODI rankings.

World champions England overtook New Zealand, who had held the top spot going into the ODI series. India, led by Rohit Sharma, has a chance to move up to No. 1 if they win the last ODI,

The final match of the India-New Zealand ODI series will be contested at the Holkar Stadium in Indore on Tuesday. The three cricketing giants England, New Zealand, and India are all tied at 113 rating points.

Prior to their loss against India, the Kiwis held the top spot with 115 rating points. Meanwhile, India were on 111 points at the 4th spot, Australia on 3rd with 112, and England on 2nd with 113 points.

India can top in all three formats of the ICC Rankings

India now ranks first in T20 Internationals and second in Tests, giving them the chance to top all three formats. With 126 points, Australia is top in the Tests standings, 11 points ahead of India. Beginning on February 9 in India, the two teams will compete in a highly anticipated 4-test Border-Gavaskar Trophy series.

India has been in complete control of the ODI series thus far, taking the opening match in Hyderabad in a nail-biting battle. India scored 349 for 8 thanks to Shubman Gill’s double hundred. At 131 for 6, New Zealand was in trouble, but Michael Bracewell’s breathtaking 140 helped them get very close to the finish line. By just 12 runs, the visitors were defeated.

But in the second ODI, India’s pace battery completely destroyed New Zealand. As the visitors, led by Tom Latham, were knocked out for 108, Mohammed Shami claimed 3 wickets. India reached the mark in just 20.1 overs with captain Rohit Sharma’s fifty.

India has dominated ODIs at home, as evidenced by their 3-0 rout of Sri Lanka at the start of the new year.

While now the Men in Blues will once again target a clean sweep against New Zealand.

When could Jasprit Bumrah return? Mohammed Shami eager to have him back