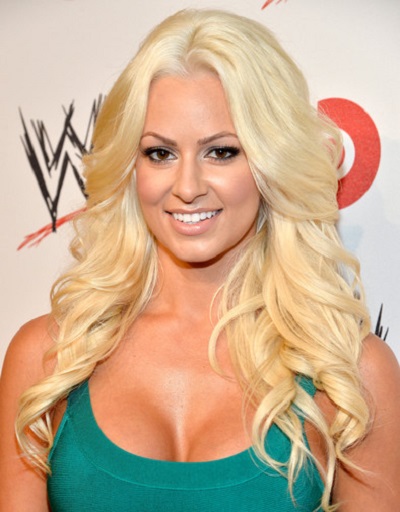 Maryse Ouellet Mizanin is a Canadian-American professional wrestler, professional wrestling manager, actress, businesswoman, reality star and glamour model. She is currently signed to WWE under the ring name Maryse, where she performs on the SmackDown brand. She is a former two-time Divas Champion. She is married to WWE profession wrestler, The Miz.

If we talk of Maryse Ouellet’s physical stats, she stands on a height of 5 feet 8 inches tall. She has a body measurement of 34-26-36 inches. She weighs around 53 Kgs. She is a fitness freak as well. She has dark brown eyes and has blonde hair which looks very attractive.

She is a native speaker of French, fluent in English, and she is able to read Spanish but cannot speak it. In 2013, Ouellet got engaged to longtime boyfriend and fellow wrestler Mike Mizanin, best known by his ring name The Miz. The two were married in The Bahamas on February 20, 2014. The couple resides in Austin, Texas. On March 27, 2018 Maryse gave birth to their first child, a daughter named Monroe Sky Mizanin.

Maryse was born in Montreal, Quebec, but grew up in Edmundston, New Brunswick. She was born to mother Marjolaine Martin and father Guy Ouellet. In high school, she was the only girl in her class, and ran the school’s fashion show. She began her modeling career as a beauty pageant contestant, winning Miss Hawaiian Tropic Canada 2003 and finishing second at the International Finals of Miss Hawaiian Tropic 2004. She was also on the cover of Playboy’s 2007 Girls of Canada calendar.

After her modeling career, she joined WWE in 2006. She did her training in Ohio Valley Wrestling and Florida Championship Wrestling where she was trained by AI Snow, Steve Keirn, Tom Pritchard, Finlay etc. She made her debut in December 2006 in a live event. In 2008, Maryse was assigned to SmackDown and she won her first WWE Divas Championship by beating Michelle McCool. She made her debut in Raw on April 27, 2009. In 2010, Maryse defeated Gail Kim in the final of Divas Championship to win the Divas Championship title for the second time. Maryse was released from WWE on October 28, 2011, after which she went to the Independent circuit. Other than WWE, she appears in several movies such as Octobre (1994), Sharknado 3: Oh Hell No! (2015), Santa’s Little Helper (2015), Karla (2016), Delilah (2016), Isle of the Dead (2016), The Marine 5: Battleground (2017) and Enter the Fist and the Golden Fleecing (2018).

Net Worth of Maryse Ouellet

Her current net worth is estimated to be around $5 million. Most of her money comes from average annual salary was $200,000 during her time with WWE.