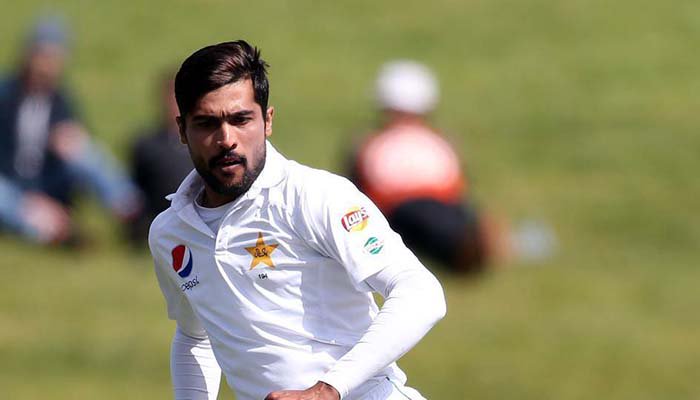 Pakistani left-arm quick Mohammad Amir has announced his retirement from Test cricket in a surprise move, as he is just 27 years of age when most fast bowlers are at their peak. Although Amir started at a young age of 17, his journey in cricket remained a roller coaster ride. Caught in a fixing scandal back in 2010, he was one of the five cricketers incarcerated for trying to deliberately bowl no-balls in a Test against England. This led to Amir sitting out for five years serving a ban.

However, he came back strong and melded well with the team taking wickets for Pakistan, both in Test, ODIs, and T20Is. Amir played 36 Tests for Pakistan and took 119 wickets. He has decided to quit Test cricket because he wants to make room for a lot of promising fast bowlers who would be picked for the upcoming World Test Championships.

Another reason of leaving the longer format of the game is that Mohammad Amir wants to focus more on white-all cricket. Amir will continue to play ODIs and T20Is after leaving Test cricket.