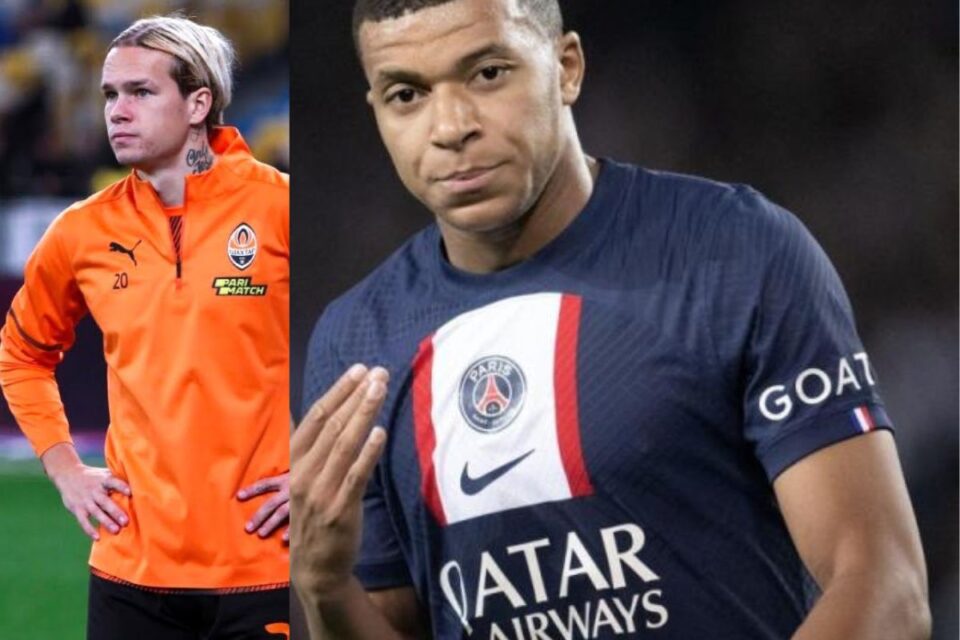 Mykhaylo Mudryk has been instructed on how to take notes from Kylian Mbappe in preparation for a potential January transfer to Arsenal or Chelsea. The Gunners first began chasing the 22-year-old after missing out on a move in the summer.

This made him one of the window’s success stories thus far. Mudryk has consistently made references to moving to north London in the upcoming weeks, whether it be through social media posts about a contract or interviews about it, he looks ready to make a Premier League switch.

Mudryk to Arsenal or Chelsea?

Speaking to CBS about moving to England, he said:

“I do dream (of the Premier League).

“I think every guy dreams about the Premier League. Arsenal is a very good team with a very good coach. I like the way they play. Yes it would be hard to say no from my side, I can’t say no but the transfer is not only my decision and my word.”

Since then, rivals Chelsea have tried to sabotage the transaction. They are in negotiations with Shakhtar authorities regarding an agreement, and Darijo Srna was recently seen at Stamford Bridge for their match against Manchester City.

But a move to Arsenal could also be on the card as Arteta is looking for a pacy midfielder.

If either team is successful in acquiring him, it remains to be seen who will prevail in the transfer war, but the question of whether he is prepared to make that change still stands.

In light of these concerns, renowned Ukrainian coach Vyacheslav Grozny advises him to listen to Kylian Mbappe.

“If Mudryk doesn’t find a highlight, opponents will quickly get used to his style of play, as it was with Mbappe at the beginning of his career in Monaco. Everyone knows Mudryk’s speed, so they will put a fast player and one insurance player against him.”

As a result, it might take him some time to realise all of his potential, but if he can grow into a well-rounded player, the comparisons to Mbappe might get stronger soon.