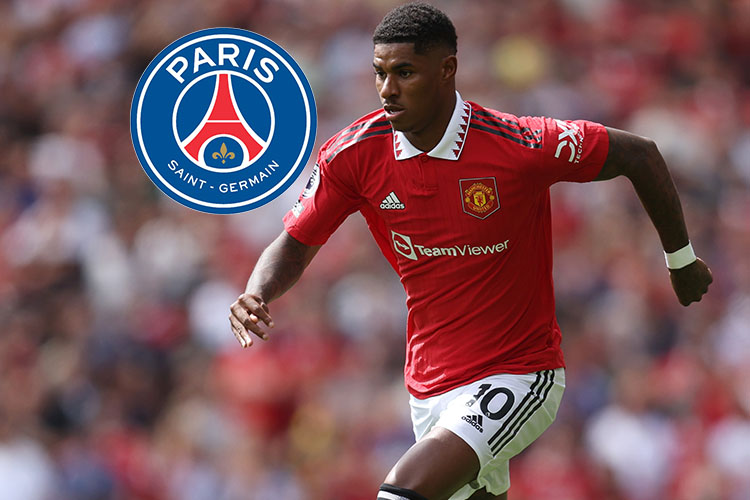 The representative of Marcus Rashford and Paris Saint-Germain are allegedly in talks about a potential summer transfer for the Manchester United forward.

Before the end of the transfer window, the French champions intend to sign another forward, as Christophe Galtier stated that the team is “working” to bring in an additional attacker.

Galtier told reporters ahead of Saturday’s clash with Montpellier:

“We want another striker to come in. With a busy schedule, we want arrivals. The club is working, I am in direct contact with Luis Campos,”

“Luis is in direct contact with our president. We must not make any mistakes. Will this player arrive? We don’t know. It has to be a real plus.”

Rashford has reportedly been designated as the club’s top target, and PSG has already begun speaking with the England international’s representatives. According to journalist Julien Laurens, the Ligue 1 powerhouses are looking to add an attacker who can play both wide and through the centre.

Thus, with the playing style of Man United’s forward, they see Rashford as the best option. The 24-year-old is open to a new challenge at this stage of his career, according to Laurens, who adds that there have not yet been any negotiations with Man United about a trade. Last week, PSG met with his brother and agent, Dwayne Rashford.

Even though the club has the option of a 12-month extension, Rashford’s contract at Old Trafford only has 12 months remaining to run. Thus, this puts the club in a good position to demand a big transfer fee.

“We have got that feeling of excitement and that buzz around the training ground again and so it is definitely positive going into pre-season,

It is just about, one, getting the principles right of how Erik [Ten Hag] wants us to play and the details, and, two, enjoying it.

I don’t think I have had a proper pre-season since 2019 so for me it is definitely a positive thing. I feel like I probably needed that time to switch off a little bit and me having that time enabled me to refocus a lot earlier than I expected to be honest.

Like I say, I feel ready and focused so when that first game does come it’s good to know you have done almost six weeks of training beforehand. It will definitely be a positive.”

Prior to Saturday’s Premier League match against Brentford, Rashford, who has 93 goals and 57 assists in 303 appearances for Man United, has been practising with the Red Devils this week.