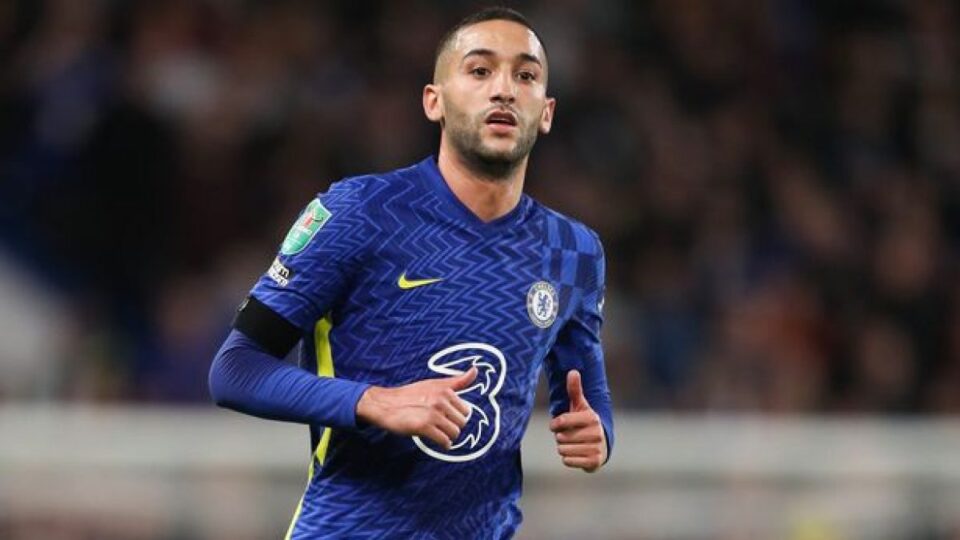 According to reports, Hakim Ziyech is ready to step up his attempts to arrange a transfer away from Chelsea this summer.

Chelsea have been in the transfer news everyday. Either someone wants to leave or the Blues want to opt a player’s services. Thus, the London club has been quite active in this summer’s transfer window. The new owners are willing to make a fresh start while Thomas Tuchel looks to improve from the previous season.

The former Ajax player has had a somewhat good time at Stamford Bridge, taking home the Champions League and Club World Cup in his two years with the team.

Thomas Tuchel has not always thought of the 28-year-old as a first-team regular, either, as he only made 29 Premier League starts over the course of two seasons. Ziyech has since appeared 83 times in all competitions, but up to 33 of those appearances have come from the bench of replacements.

The playmaker has been strongly linked with a move to AC Milan for a number of weeks, but the Serie A champions have not yet made an official proposal. Ziyech is ready to take whatever action is necessary to complete a transfer away from Chelsea over the next weeks, though a proposal may be made in the future.

The Blues attacker is reportedly willing to accept a less lucrative contract somewhere in order to take on a new challenge, according to Calciomercato. Ziyech’s move is reportedly welcomed by Milan, but the Italian powerhouses reportedly need to strengthen their own financial position.

Rossoneri continue to want that Ziyech’s initial contract be a season-long loan with the possibility of a permanent signing prior to 2023–24.

Thus, Chelsea could see another of their attackers leave on loan in this summer’s transfer window.

Ziyech isn’t the only Chelsea winger being mentioned in connection with a transfer to Serie A; Christian Pulisic is also rumoured to be a possibility for Roma.

The United States international and Nicolo Zaniolo both have two years remaining on their contracts, therefore earlier this week it was speculated that Chelsea would try to exchange one of them for the other.

Callum Hudson-Odoi, who was left off the team for the Premier League opener against Everton last weekend, is also rumoured to be moving on to another team.

Timo Werner has already been given permission to leave Chelsea and is now playing for his old team, RB Leipzig.