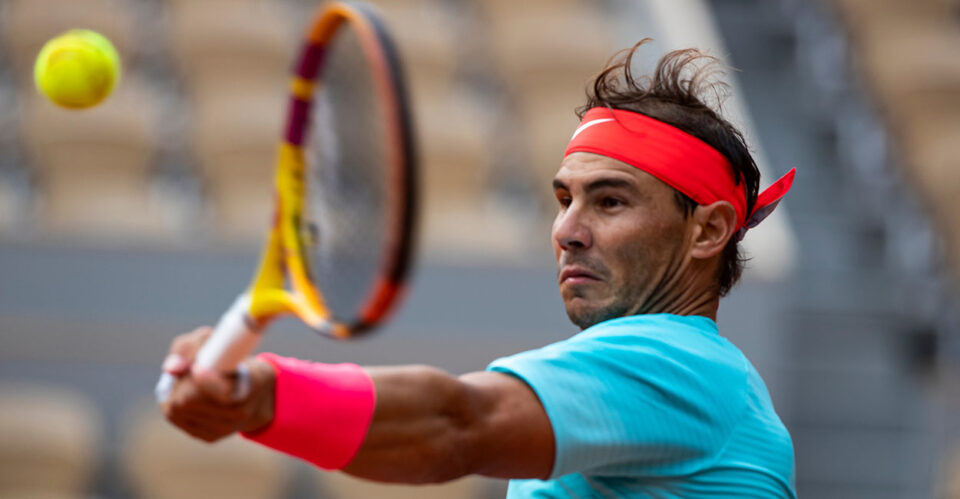 Rafael Nadal, who is the defending champion at the French Open is on course to a record-equalling 20th Grand Slam title after his straight-sets win over teenage sensation Jannik Sinner. However, Nadal got the first real fight this year in Roland Garros but got over the hiccups to clinch the match in the end.

It is a great chance for Nadal to seek revenge as he sets up a meeting with Argentine Diego Schwartzman, who beat him at the Internazionali BNL d’Italia in Rome last month.

19-year-old Sinner gave a tough fight to Nadal who got stretched like rarely before but eventually held his nerves to register a 7-6 (7-4) 6-4 6-1 win. Nadal is aiming to match Roger Federer’s record of 20 Grand Slam titles.

“Sinner is a very, very young talent with a lot of power, great shots. For two sets it was tough, especially in the second set I was lucky to be back,” said Nadal.

“The conditions were a little bit difficult, he was hitting every ball very hard and with this cold, my speed is not there. It was hard for me to put him out of position.”

On the other hand, Sinner is also the first French Open debutant to reach the last eight since Nadal in 2005. He showed immense potential but lacked just a bit of composure when it mattered and Nadal’s experience took over.

Nevertheless, Sinner jolted Rafa initially who is chasing a 13th Roland Garros crown. The Italian pushed Nadal in the opening set, breaking to lead 6-5 before the Spaniard recovered to force the tie-break, which he took.

Sinner, currently ranked 75 in the world, came back in the second to race out to a 3-1 lead. But Nadal managed his way back and took the set before running away with it in the third.

The next will be a mouth-watering match between Nadal and Schwartzman.